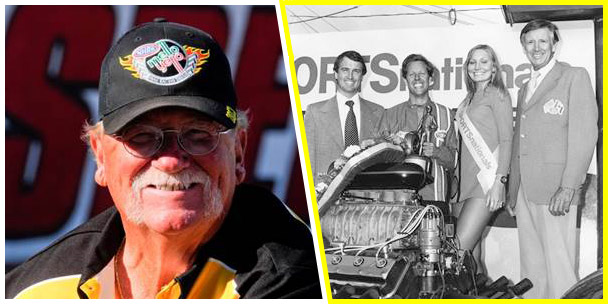 Floyd started working at his local drag strip Edgewater Sports Park in 1971 and worked on the starting line in 1978 at the Springnationals in Columbus, Ohio, and at the U.S. Nationals.  He became the Division 3 starter in 1983 and has continued to be an integral part of the North Central Division’s Certification Team.  He also works in pit control at several NHRA national events.

“JEGS is proud to recognize the 1974 champions and NHRA Division 3’s Bill Floyd at this year’s event,” stated Scott Woodruff, JEGS. “Recognizing the 1974 champions like this is a great way to show how important the heritage of this event is at Beech Bend Raceway. Honoring Redman is well deserved and was a natural choice. He has flipped the switch for all three generations of the Coughlin family and several other racing families for that matter and we are pleased to recognize him for his years of service to NHRA, its racers and its families.”