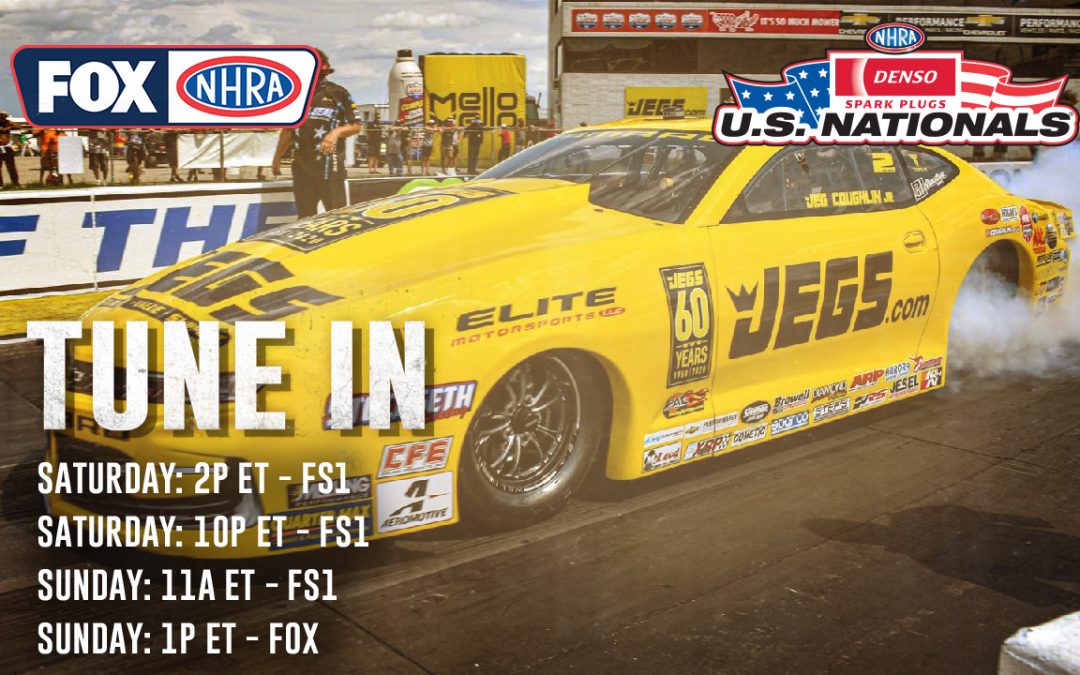 INDIANAPOLIS – It’s the biggest weekend of the NHRA Mello Yello Series season and Ron Capps is feeling plenty of momentum as he prepares to race on the sport’s grandest stage. The former Funny Car world champion won at Lucas Oil Raceway at Indianapolis for the first time in his illustrious career in August, putting him in prime position to win the biggest race in the sport, this weekend’s 66th annual DENSO Spark Plugs U.S. Nationals.

The race marks the fourth event at Lucas Oil Raceway since the NHRA restarted its season during the COVD-19 pandemic, but Labor Day weekend at Indy has had a special and historic feeling for the past 65 years. It’s the one thing Capps has yet to check off on his list, but there’s no denying the veteran is feeling good in his 11,000-horsepower NAPA Auto Parts Dodge Charger SRT Hellcat after picking up an Indy win just weeks ago.

“The big one is still the U.S. Nationals and hopefully we can finish the job,” Capps said. “We didn’t do anything different to win Indy a few weeks ago, but we just needed to get out of first round. It’s nice to go rounds. You never know when you’re going to get a chance to win a Wally because they’re so hard to come by and so hard to win. The win definitely puts us within striking distance and we just have to keep it rolling.”

Capps’ DSR teammates Matt Hagan and Jack Beckman will meet up in the Funny Car final round of the Lucas Oil NHRA Summernationals as well, as that event will be concluded this weekend. It guarantees an eighth straight win in the class for DSR.

In Top Fuel, the biggest event of the year is already special enough for veteran Clay Millican, who hopes to pick up his first U.S. Nationals victory. But considering the popular fan-favorite’s sponsor is also the title sponsor at the Big Go, the race has somehow become even bigger for Millican, who pilots the 11,000-horsepower Parts Plus/DENSO Spark Plugs dragster. After qualifying No. 1 at the second Indy race, he’s also excited about his team’s chances.

“To get to do the DENSO car at the U.S. Nationals, it’s just awesome,” Millican said. “It’s really cool to have your primary sponsor be the race sponsor at an event like this. Every team out there has made plenty of laps at Indy this year and we’re excited. It’s going to be our first night run in a long time and I love nitro at night. There’s just something different at the U.S. Nationals. While it was definitely exciting to go racing at Indy, there’s just a different feel knowing what’s coming with that U.S. Nationals title in front of it.”

Before Sunday’s eliminations, a first-time Top Fuel winner will also be crowned, as T.J. Zizzo and rookie Justin Ashley will meet in the finals to conclude the Lucas Oil NHRA Summernationals.

Jeg Coughlin Jr. has plenty of Pro Stock wins on his resume, but it hasn’t stopped his drive for more, especially during his final season of full-time racing. Coughlin announced his retirement before the start of the year, and has followed by winning two of the four Pro Stock races and advancing to three final rounds. It’s given him the points lead with the hopes of winning a sixth world championship to close out his legendary career. Before that point, though, Coughlin will campaign a throwback JEGS.com Chevrolet Camaro as he attempts to win the DENSO Spark Plugs U.S. Nationals for the fourth time in the class.

“If there’s been one positive to this unusual season it’s that we’ve had some extra races at Indy, which is obviously one of the most historic facilities on the NHRA tour,” Coughlin said. “This year’s U.S. Nationals will be the third visit to Indy for the Pro Stock class and we were fortunate enough to win the last one a few weeks ago so we feel like we have a lot of momentum. The best way I can think of to end our professional run at Indy would be to win the U.S. Nationals one last time. We’re working hard towards that goal and I’m planning to enjoy the race and treat every pass like it’s my last.”

Angelle Sampey was impressive at the most recent Indy event, racing to her first victory since 2017 and her first overall on her Vances & Hines Harley-Davidson. It provided a major boost for the former three-time world champion in the loaded class, giving her confidence she can be a threat to win for the third time at the U.S. Nationals.

“I’m still on cloud nine since my win,” Sampey said. “I don’t think the excitement and happiness that day brought me will ever fade. I’ve been working so hard over the past year and a half and wondered if I would ever win again. I hoped it would happen and when it did, it would be in an epic way, and I got what I hoped for. Now I’m feeling the confidence I once had long ago and I had wait to ride again. I love racing my Harley-Davidson so much right now and I just can’t wait to race it again.”

The weekend also features a specialty race for eight PSM standouts, as the Mickey Thompson Tires Pro Bike Battle takes place on Saturday. The race-within-a-race format will award the winner $25,000. Last year’s winner Andrew Hines will take on Jerry Savoie in the first round, while other opening matchups include Eddie Krawiec against Hector Arana Jr., Matt Smith taking on Sampey and Scotty Pollacheck facing off with Steve Johnson. The first round takes place at 1:25 p.m. on Saturday, with semifinals following at 5:15 p.m. and the finals at 6:45 p.m.

Drivers in the NHRA Lucas Oil Drag Racing Series and the E3 Spark Plugs NHRA Pro Mod Series presented by J&A Service will also look to become winners of the prestigious event. It is the third event of the 2020 Pro Mod season. The fastest Super Stock cars will challenge for ultimate bragging rights and bonus purse during the popular Dodge HEMI Challenge as well.

A limited number of tickets are on sale now to the DENSO Spark Plugs NHRA U.S. Nationals. Tickets may be purchased by visiting NHRA.com or calling 800-884-NHRA.