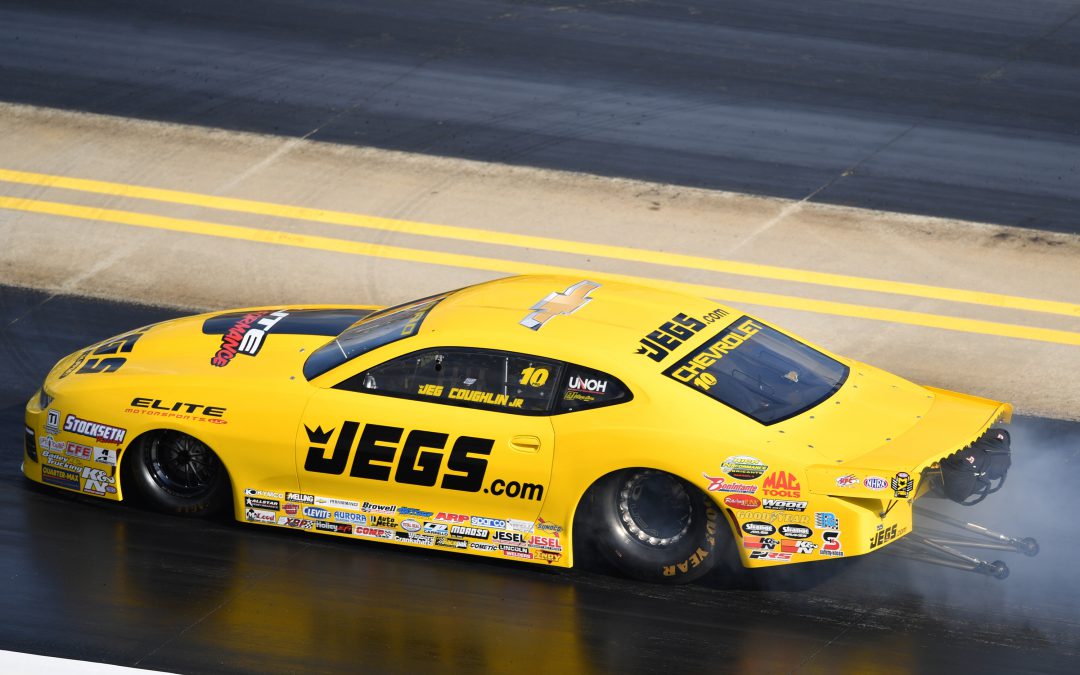 "My racecar has undergone a 100-percent makeover since the last race in Seattle," Coughlin said. "It was absolutely dissected from front to back and top to bottom, with the guys literally checking every single inch of this car. They found some things that were wearing in a suspect way that they repaired, and some other components here and there that needed attention. They ended up feeling very confident this thing will be back to the way it was at the start of the year."

Beginning at the season opener in Pomona, Calif., Coughlin quickly worked himself into contender status at every national event, racing to final-round appearances in Houston and Topeka, Kan., logging four other semifinal finishes, and qualifying on top of the field at Houston, Charlotte and Bristol, Tenn.

But a recent run of bad luck prompted Freeman to hit the reset button.

"The boys pretty much worked around the clock for seven straight days getting this car sorted out," Coughlin said. "Then they took it testing and one of our crew chiefs, Lump (Brian Self), as well as my teammate, Erica Enders made some passes to shake it out. They tell me it's completely ready to roll."

Brainerd would be an obvious place for Coughlin to turn his luck back to the good side. He's tied for the most Pro Stock victories ever at the facility having won there in 1999, 2002, 2007 and 2010. The other pros with four wins are all retired.

"I love the place," Coughlin said. "It’s a wonderful racetrack, not just for the drags but for all kinds of motorsports, and the fans there are one-of-a-kind. They love the action on the track, they love the action in the pits, and they certainly love the nightlife out there in 'the Zoo.' Plus, we get a bunch of our Canadian friends visiting for that race.

"We've had great success at Brainerd in the past and we'd love to find some more this weekend. We're closing in on the Countdown to the Championship so it'll be nice to have Brainerd and Indy to get completely up to speed for the playoffs."