After another strong qualifying effort, Jeg Coughlin Jr. primed for final race of the year 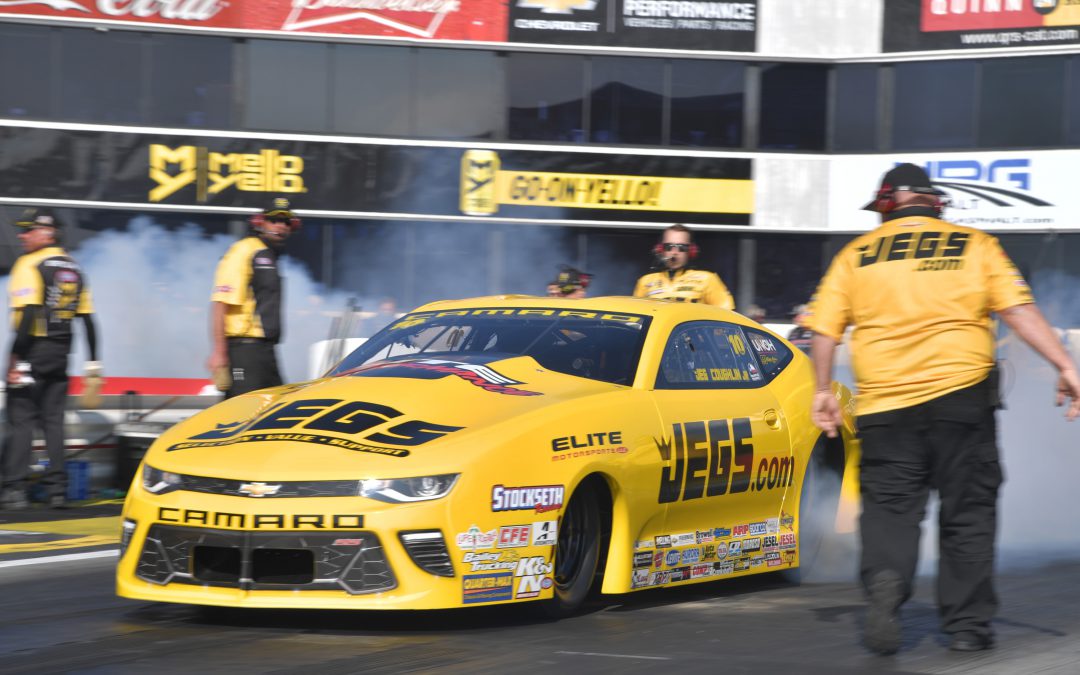 The strong effort of 6.558 at 209.46 mph in the JEGS.com/Elite Performance Chevrolet Camaro puts Coughlin in one of the favored positions to perhaps claim a seventh trophy at this historic facility. He'll get his first test against No. 13 qualifier Matt Hartford (6.599 at 210.50 mph) when the 53rd annual Auto Club NHRA Finals kick off at noon.

"So far, so good this weekend," Coughlin said. "We came in and made a real nice run in Q1 that put us No. 3 after the first session. That felt pretty nice. In Q2 we just weren't quite as efficient as we wanted to be going down that right lane and ended up a few ticks slower.

"After going over the data the guys thought we could clean that up today for Q3 when we were back in the right lane again. However, we had a very uncharacteristically high wheel stand for a Pro Stock car. We were just riding the wheelie bars really, really hard as the car was really climbing up there through first gear. It ultimately lifted the backend off the ground so we ended up aborting that run.

"Got things tamed down for Q4, ran a solid 6.573 that felt smooth and sounded really good to the ear. It didn't really do anything crazy and it responded to what Mark (Ingersoll, crew chief) and the boys asked of it. We feel we have a car that can win rounds tomorrow."

Coughlin's six Pomona victories came at the season-opening Winternationals in 1999 and 2000 and the NHRA Finals in 1995, 2005 and 2007. He also won a special 50th anniversary event held in Pomona during the summer of 2001. On seven other occasions, Coughlin has recorded runner-up finishes here.

"It looks as though the weather will be the same tomorrow as it's been these first two days so the guys will have great data to tune from," Coughlin said. "There's a heckuva battle going on for the championship in our class so we'll be tuned into that but really what we want to do is sneak in there and get that race trophy."