After Holiday Weekend Coughlin Eager to Head to Dixie 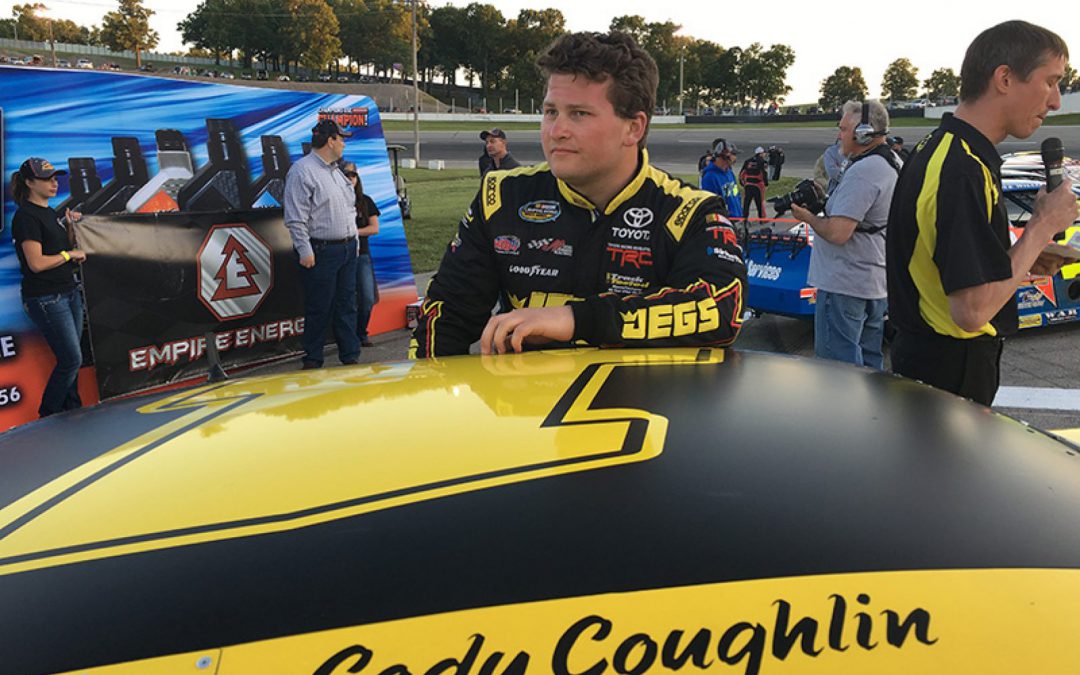 Last month Cody Coughlin won the JEGS/CRA All-Stars Tour 100 at Indiana’s Salem Speedway, which made Salem the first location of multiple wins for Coughlin.  Now Coughlin heads to Michigan’s Dixie Motor Speedway on Friday night with hopes of adding Dixie to that list.

Coughlin’s first win at Dixie came in his JEGS/CRA All-Stars Tour championship season of 2013.  On that night he started fourth and led 11 laps en route to the victory.

“If we just do our deal and just worry about ourselves then I think we can win again at Dixie on Friday night,” said Coughlin.  “I think our program is so strong that there’s no reason why we can’t win.”

The Delaware, Ohio native is currently leading the point standings in both CRA divisions (ARCA CRA Super Series as well) with four total wins this season.  The win at Salem is his sole Pro Late Model victory; his other three wins were with his Toyota Camry Super Late Model.

Salem and Dixie are very different race tracks.  Salem is a fast, high-banked half-mile.  Dixie is measured at 4/10-mile, with slight banking.  Even though they’re different, Coughlin feels it’s the team that will make the difference this Friday.

“I feel like myself and my team are able to adapt to any challenge thrown our way,” Coughlin said.  “I know that my crew chief (Jack Smith), Scott (Wimmer, Spotter), Kevin (Hamlin, team manager), and Dave (Holt, crew member) are all going to work as hard as they can for me and my parents, Di and John, and my sister Kennedi are going to give me all the support I need.  That gives me a lot of confidence heading to the track and I’m very blessed for that.”

Friday night’s race is Coughlin’s first after a rare weekend off for the Independence Day holiday. Coughlin and his family celebrated America together this past weekend.

“We just had a small cookout with the family and some family friends,” Coughlin said.  “It was a great time, but I’m ready to get back to victory lane.”

Coughlin’s day on Friday will begin with one practice session from 4-5 p.m. ET.  Qualifying will take place at 6:30 p.m. with pre-race ceremonies set to begin at 7:50 p.m.  The JEGS/CRA All-Stars Tour 100 will be the final feature of the evening.

Fans can meet Cody Coughlin at Dixie Motor Speedway during the on-track autograph session at 7 p.m. ET on Friday night.