After Second-Place Run, Coughlin Excited for Return to Auto City 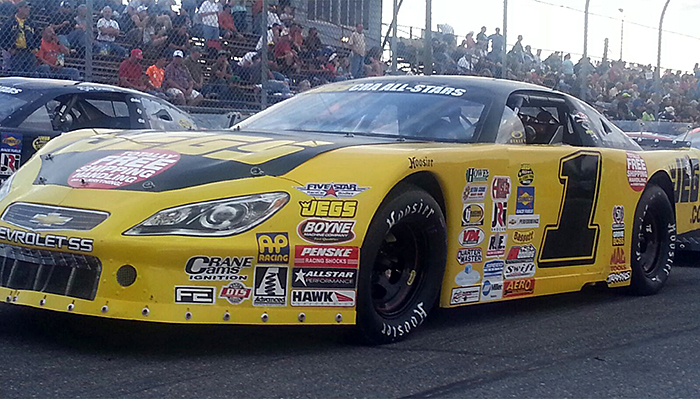 Cody Coughlin was looking for his third victory of the season in the JEGS/CRA All-Stars Tour and simply ran out of time to accomplish that goal Saturday at Michigan's Auto City Speedway.  Coughlin finished second in the 100-lap event and was the highest-finishing JEGS Tour regular, allowing him to further extend his series point lead in the process.

“I could taste the win, but we ran out of laps,” Coughlin said. “We got to second in the late going of the race and we were chasing down the leader, but just came up a few laps short.  Overall, I am pleased because we did gain some points in the overall standings.”

Coughlin made a big comeback in the 100-lap event after starting fifth.  In the early part, he fell back to sixth, but was able to save his tires for a big run at the end of the race.

“I wanted to make sure we passed Jerrod Foley for second cleanly,” Coughlin explained. “We had a very competitive battle for the position, but was able to get by him.  I think if I had a few more laps, I could have challenged for the win.”

Coughlin was able to pad his point lead over Tom Woodin and Dan Leeck in the standings heading into their next event on Sunday, September 1 at Winchester Speedway in Winchester, Indiana.

The Team JEGS crew was able to use this event at Auto City Speedway as a way to prepare for Cody’s next Super Late Model event this Friday night at the same track as he will make his second start in the ARCA/CRA Super Series Powered by JEGS.

“We had a team meeting on Monday and went over our notes to get ready to go back and hopefully contest for a win,” Coughlin explained. “I think we learned a lot that will help us for our return on Friday.”

Coughlin is also eager to return to Auto City Speedway and race in front of the fans, many who got the chance to meet the 17-year-old last Friday night for the first time.

If things go well on Friday night, they may compete in the ARCA CRA Super Series Powered by JEGS on Saturday night at Flat Rock Speedway in Flat Rock, Michigan.

Off the track, Cody is spending some family time with his parents John & Di and his sister Kennedi while helping the crew prepare the cars for another busy weekend of Late Model racing.

He is also getting ready for his senior year of high school, which starts next Wednesday. Coughlin said that his favorite subject is history.