All tuned up, Troy Coughlin Jr. set for U.S. Nationals 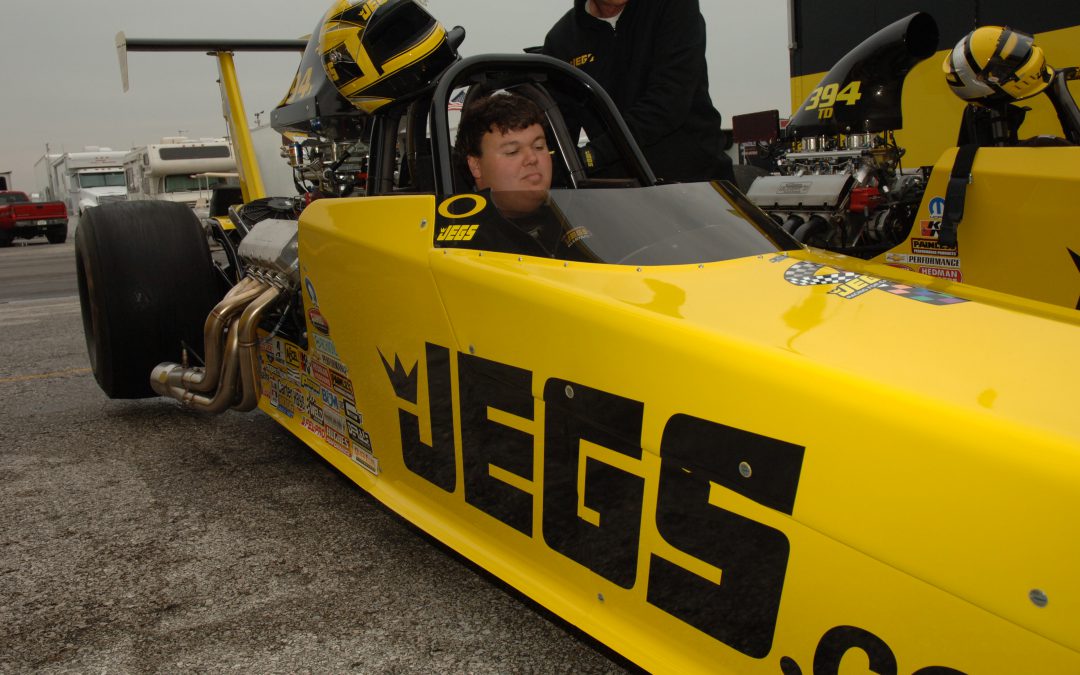 Coughlin drove his JEGS.com Corvette to a Round 3 finish in Super Gas, but bowed out in the opening session of Super Comp in his JEGS.com dragster.

"I got to make a bunch of runs in both cars and that’s something I really needed," Coughlin said. "I am still new to Super Gas and I haven’t raced too much in Super Comp this year but now I’m getting into a groove. I raced in Super Gas the last two weekends so I’ve gotten more seat time and I feel very good about our chances at Indy."

Coughlin has every reason to feel optimistic about his chances as he heads to the sport’s most prestigious event. As a 20-year-old in 2010, he became one of the youngest drivers to win the Mac Tools U.S. Nationals when he raced to the Super Comp title.

The Coughlin family also has a rich tradition of success at Indy. Coughlin’s father, , won his first national event title there in 1991 when he claimed the Super Gas trophy. Uncles Mike and Jeg Jr. are also former Indy champs with six titles between them in Pro Stock, Pro Stock Truck and Super Gas. Family patriarch Sr. also has experienced the thrill of a final round at Indy with a runner-up finish in Pro Comp in 1975.

"Every year when we go to Indy, I get the same feeling; it brings back a lot of memories from my childhood," Coughlin said. "When I was a kid, it was always the last race of the summer — right before school started — and I loved going there with my family. I think my first memory was 1996, when my dad was racing in Pro Stock and all three of my uncles were also racing. I always knew Indy was a big deal and after I won it in 2010, I really started to understand how special it is."

With more than 100 entries expected in both Super Comp and Super Gas, Coughlin knows that winning a second title will require a Herculean effort. With six days of time trials and eliminations, Coughlin also recognizes the need to pace himself accordingly.

"Most of the races we go to are three or four days but we’re going to be at Indy for a whole week, and if you’re not careful it’s easy to get burned out," Coughlin said. "I’ll have Jay [Schroeder, crew chief] with me and my sister Meghan so I’ve got a lot of support. We plan to be there for the long haul."

All told, the JEGS Mail Order team will field five entries at the Mac Tools U.S. Nationals. In addition to Troy Jr’s Super Comp and Super Gas cars, father, , will be competing in the NHRA Pro Mod Series presented by ProCare Rx, and uncle, Jeg, will be racing in Pro Stock and Stock Eliminator with his Hemi-powered Dodge entries.