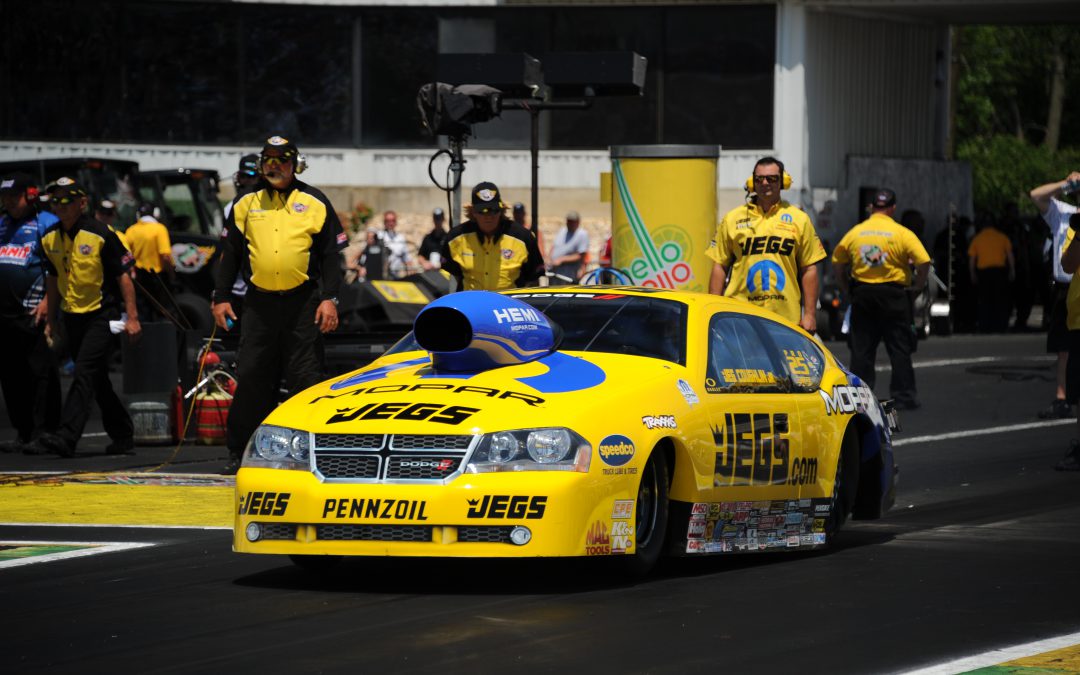 BRISTOL, Tenn. (June 11) — Bristol Dragway may be home to Mopar pro Allen Johnson but his teammate Jeg Coughlin Jr. also enjoys his yearly visit to Thunder Valley and is hoping this year's stop at Bruton Smith's Tennessee masterpiece is fruitful enough to keep him at the forefront of the Pro Stock championship chase.

Coughlin currently occupies second place in the world rankings, with Johnson just three points back in third. Both men hope to use this weekend's national event to reel in top runner Mike Edwards, who has managed to open up a seven-round gap on the two Mopar-sponsored drivers.

"This would be a great race to win," Coughlin said. "Obviously, it's a very important stop for Allen and everyone at J&J Racing because they live nearby and all their family and friends will be visiting throughout the weekend. It's also a special place for our family.

"I can remember as a boy watching my dad (Jeg Sr.) race here when the old track was still around. You would finish a pass and go on down around the corner at the other end. It was like another world for a kid from Ohio. Just a beautiful place. Then Bruton came in and made the track one of the top drag racing facilities in the world. It's just as unique for us now as it was back then, and we'd definitely like to win here again."

Coughlin's 2007 visit to Bristol turned into a dream weekend as he successfully parlayed a No. 1 qualifying effort into a victory. This year in his yellow-and-black JEGS.com/Mopar Dodge Avenger, Coughlin already has a win and two runner-up results in the first nine races.

"There is no question we're all entering a very pivotal time in the season," Coughlin said. "We have four races in a row, starting with Bristol, then we have a week off before heading west for the 'swing' and that's another three races in a row. After that, we're staring right at the Countdown. There's no time to waste.

"Allen and I came here last week to test and it went really well. You have to be about perfect with your suspension set-up on this track so the guys wanted to try some things to make sure these cars are balanced properly. I believe we're ready to go. I know I am."