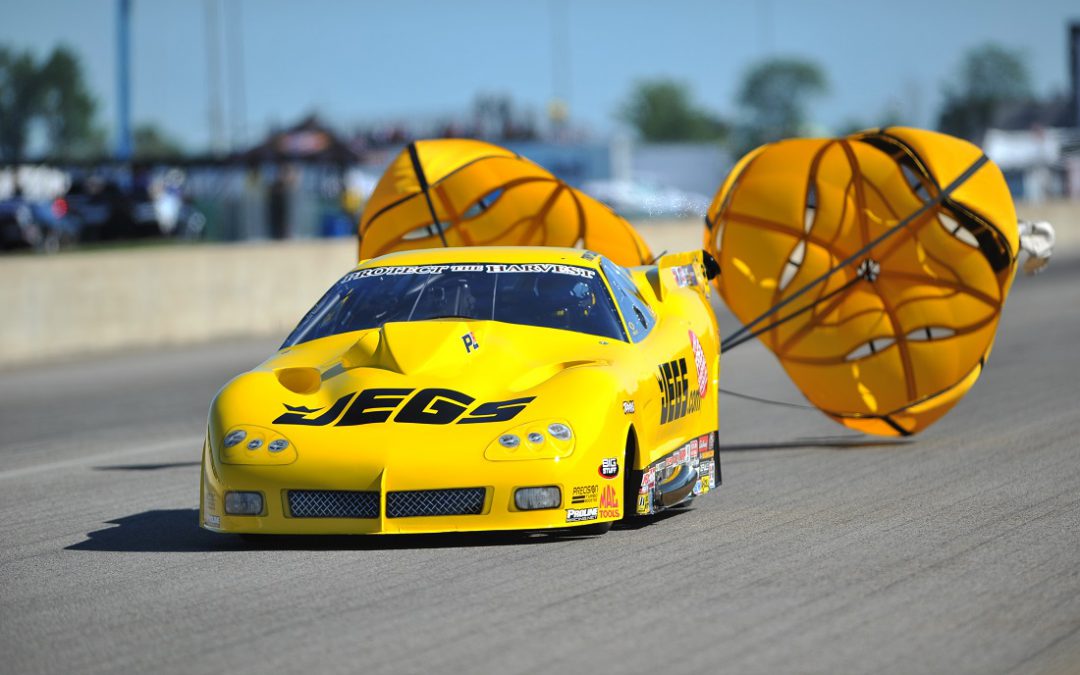 The Coughlin family has won eight times at "the Big Go," including a Super Gas win by Troy Coughlin himself in 1991.

"As a kid growing up in the sport, Indy was always the last hurrah before school started," Coughlin said. "It was the last time you had to cut loose before getting back to work at your studies. We'd go over there and watch Dad race, try to help him out as much as we could, and we'd hang out with all our drag racing friends.

"We'd ride our bikes all over the pits and we'd go race each other around the circle track. We kept the track security guys pretty busy. Even to this day, as much as the race means to me as a driver and as a race team, the time in the pits with all your friends still is what makes it special."

Coughlin heads to Indy with some momentum, as he was the most recent winner in the 10-race Pro Mod series, going to victory lane in Norwalk, Ohio, in early July.

"The Norwalk win was huge," Coughlin said. "It lifted everyone's spirits in our pit and definitely gives us a ton of momentum going into Indy.

"We didn't reinvent the wheel. We really just calmed everything down with the tune-up and stopped trying to rotate the earth every run. We worked on getting the car down the track every run and then started fine-tuning from there. We weren't the fastest car in Norwalk by any means but we were super consistent, and that worked. We won't be changing that plan of attack in Indy."

The victory helped Coughlin keep pace in the Pro Mod points standings, as he's in ninth place, but only 101 points out of first. That's how competitive Pro Mod has been in 2014, as the Real Pro Mod Association – with support from Powerocks, Redhorse Performance, JE Pistons, Pro Line Racing, Larry Jeffers Race Cars and ProtectTheHarvest.com – has helped increase participation in the class.

"The Pro Mod class gets more competitive every day," Coughlin said. "Having that many cars in Indy means it will be that much harder just to get into the field. They're all quality cars running all three different power combinations and it should be a great show for the fans.

"Every round will mean so much, from the moment we roll up there for Q1. You will absolutely have to be on your toes every session to even have a chance."