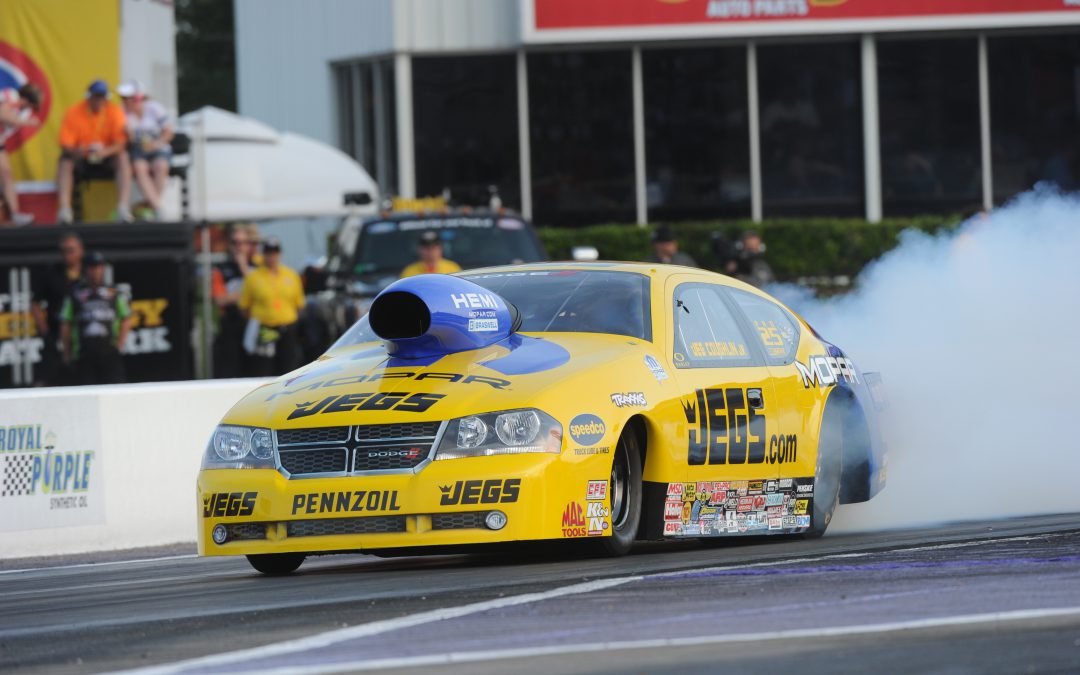 ATLANTA (April 30) — The week when the Mello Yello NHRA Drag Racing Series visits Atlanta is always a special one for five-time world champion Jeg Coughlin Jr. Not only is Coughlin a former winner at Atlanta Dragway, making him as anxious as ever to hit the quarter-mile strip, his status as a past series champion has additional perks.

"I'm really looking forward to the week in Atlanta, beginning with the Champion's Celebration on Wednesday night at Coca-Cola headquarters," Coughlin said. "That's a really neat tradition and it's one I'm particularly honored to be a part of each year. You definitely walk in that hall and feel special, thanks to the great Southern hospitality the Coca-Cola folks always show us.

"That party sets up a great weekend at a track I always enjoy. It's one of those tracks I remember going to as a kid and watching my dad race there. I also went there with my older brothers and helped them when they started racing. Later, I was fortunate enough to raise a few Wally's myself at that track. Atlanta is just a special place for me."

With two runner-up finishes to his credit, Coughlin and his JEGS.com/Mopar Dodge Avenger race team arrive in the Peach State ranked third in the country. Just a few days ago in Houston, Coughlin's car was the quickest of the class as he earned his 18th career pole before racing to the semifinals.

"We're hoping we'll continue to be as consistent as we've been so far this year and maybe even take it up a notch," Coughlin said. "We want to poke this thing in there and get a win. I think it's time.

"Atlanta would be the perfect place to get it done. I won my first trophy in Comp Eliminator there in my first start back in 1997. I came back and won in Pro Stock in 2000 and again in 2010. We had a runner-up there in 2009. It's been a really good track for us over the years."

And he knows the facility's proximity to downtown Atlanta will attract a special group of fans.

"What makes this race extra special is the fact our numerous friends and supporters from the Coca-Cola Company come up and join us to cheer on the sport of drag racing," Coughlin said. "It's really great for them to see our sport first-hand and experience all that NHRA drag racing brings to their brands."

Four rounds of Pro Stock qualifying begin with two sessions at 4:30 and 6:30 p.m., Friday, and continue with two more attempts at 12:30 and 2:30 p.m., Saturday. Eliminations are slated for noon, Sunday. All action will be broadcast on ESPN2.