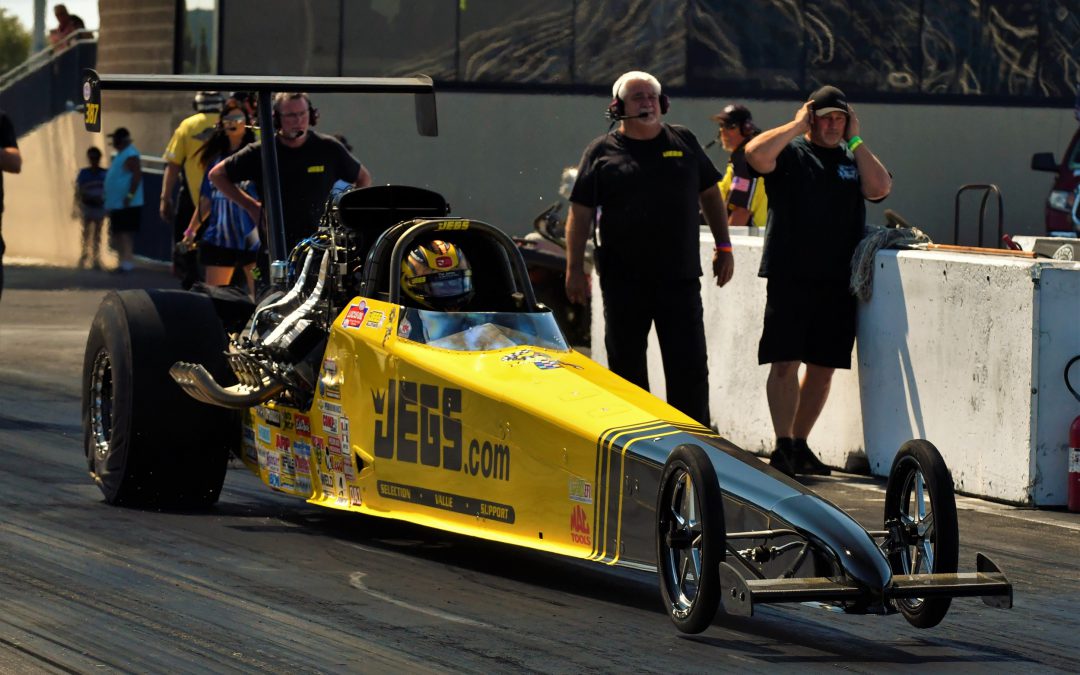 SONOMA, Calif. (July 16) — Consecutive victories in Indianapolis and Chicago has put Mike Coughlin in the spotlight of the Top Dragster class as the two-time Division 3 champion heads west for this weekend's NHRA Division 7 Doubleheader presented by Korbel at Sonoma Raceway.

After struggling with their racecar for the better part of a year, Coughlin and his Columbus, Ohio-based crew changed to a locally-built Fowler F12 roots-style supercharger that turned their unreliable tune-up into the most consistent one they've ever used.

"Between qualifying and eliminations, we made eight perfect runs in Indy and eight more perfect runs in Chicago," Coughlin said. "It's really been quite remarkable. We're not putting any stress on the engine and the EFI system we use is working perfectly with this blower. It's been a dream to drive this thing.

"We're going to ride this wave as long as we can. There's no reason to think we can't have another great weekend in Sonoma. I've only raced there once but I know it's a beautiful facility and we expect perfect conditions. If we continue to do our thing, we'll have a good chance."

It's not often the schedule allows for two races in one weekend but that's exactly what the team will encounter at Sonoma Raceway. All competitors will get a chance to make some test runs Wednesday before the first race of the weekend, which runs Thursday and Friday. Everything will then reset for the second race, which will take place Saturday and Sunday.

"Of course, we'd love to win a couple more trophies but even going deep into the elimination rounds at these two events would be awesome," Coughlin said. "It looks like it'll take six rounds to win each race, versus the five we needed these past two weekends, but that's great because there are more points up for grabs.

"We didn't change a thing between Indy and Chicago and we won't change anything before this weekend. We'll keep up with general maintenance and change the oil when necessary but otherwise, unless something breaks, we'll stick with what's been working."

Having a car that has been so dialed-in helps the driver, Coughlin added.

"I don't have to worry about what might happen each run," he said. "I have so much confidence in the car and what the guys are doing to it that I just put all my focus into driving it down the track and staying in the groove. This thing's been a machine.

"I'm so happy for Greg Cody, Dave Raurk, Ryan Micke and Tony Collier, my guys. It's so cool to see their faces this past two weekends. They pour their hearts and souls into what we do and it's great for them to experience some highs like this. I hope we can keep it going. Plus, my Dad (Jeg Coughlin Sr.) has helped us a bunch and I'll have my good luck charm (son) Clay with me again this weekend. He's having a ball this summer."