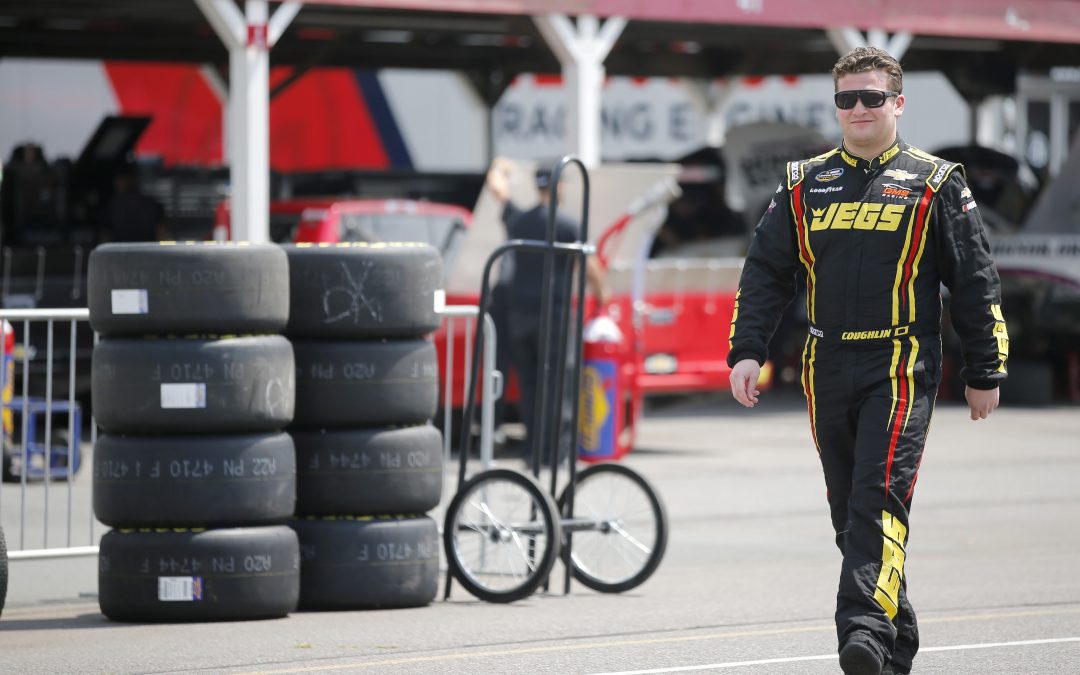 Cody Coughlin to battle it out at the Bristol Motor Speedway

STATESVILLE, N.C. (August 14, 2018)—Cody Coughlin, driver of the No. 2 JEGS Chevrolet Silverado, will take to the high banks of the Bristol (Tenn.) Motor Speedway in the hills of East Tennessee for the NASCAR Camping World Truck Series (NCWTS) UNOH 200 on Thursday, August 16.

Bristol Motor Speedway goes by the nickname the “Last Great Colosseum” for a half mile of concrete and asphalt where today’s gladiators battle it out in modern chariots. With the racing surface being completely surrounded by grandstands on all sides, Coughlin’s drive will harken back to the days of the Roman Empire for an intense day filled with the rain of sparks, the high drama, and the passionate tension of short-track racing.

“Last year, we ran really well at the beginning of the race at Bristol (Motor Speedway), and then we lost the handling later in the race after a cut tire,” Coughlin said.

“The big thing this year will be keeping-up with the changing track conditions. The fast guys moved up to the top last year, so we have to make sure the truck handles well up there. Our No. 2 JEGS Chevrolet Silverado team is mobilizing a strategy to ensure we have maneuverability and speed all night.”

Coughlin will be relying on his short track background and many years of experience, success and knowledge in the Late Model ranks, a veteran’s approach that has boosted his confidence as he enters the "The Last Great Colosseum." With historic short track victories at Anderson Speedway, Baer Field Motorsports Park, Birch Run Speedway, New Smyrna Speedway, Salem Speedway, Toledo Speedway and Winchester Speedway, an established short track mentality makes him a contender in the NASCAR Camping World Truck Series 200-lap event at the Bristol Motor Speedway. Coughlin made Champion Racing Association (CRA) history as the first driver to ever win both the ARCA/CRA Super Series, and the JEGS/CRA All-Stars Tour championships in the same season. He finished the seasons with four posted wins in the ARCA/CRA Super Series, and two wins in the JEGS/CRA All-Stars Tour.

In NASCAR Camping World Truck Series starts on short tracks (less than one mile in length), Coughlin has recorded one top-10 finish in six starts.

Since entering the NASCAR Camping World Truck Series in 2013, the Statesville, N.C.,-based GMS Racing team has logged 11 starts at the Bristol Motor Speedway, resulting in one win (2016), three top-five finishes and five top-10 finishes, with an average starting position of 11.1 and an average finishing position of 10.9 with 21 laps led at the Bristol, Tenn.,-facility.

The 22-year old will pilot Chassis No. 118 in the UNOH 200 at the Bristol Motor Speedway. The Jerry Baxter-led team last unloaded this GMS Racing prepared chassis at the Iowa Speedway on June 16 where Coughlin finished in the seventh-place. The chassis has three previous starts with Coughlin during the 2018 NASCAR Camping World Truck Series season – including at the Dover (Del.) International Speedway where the Delaware, Ohio, native, posted his to date season best finish of sixth-place.