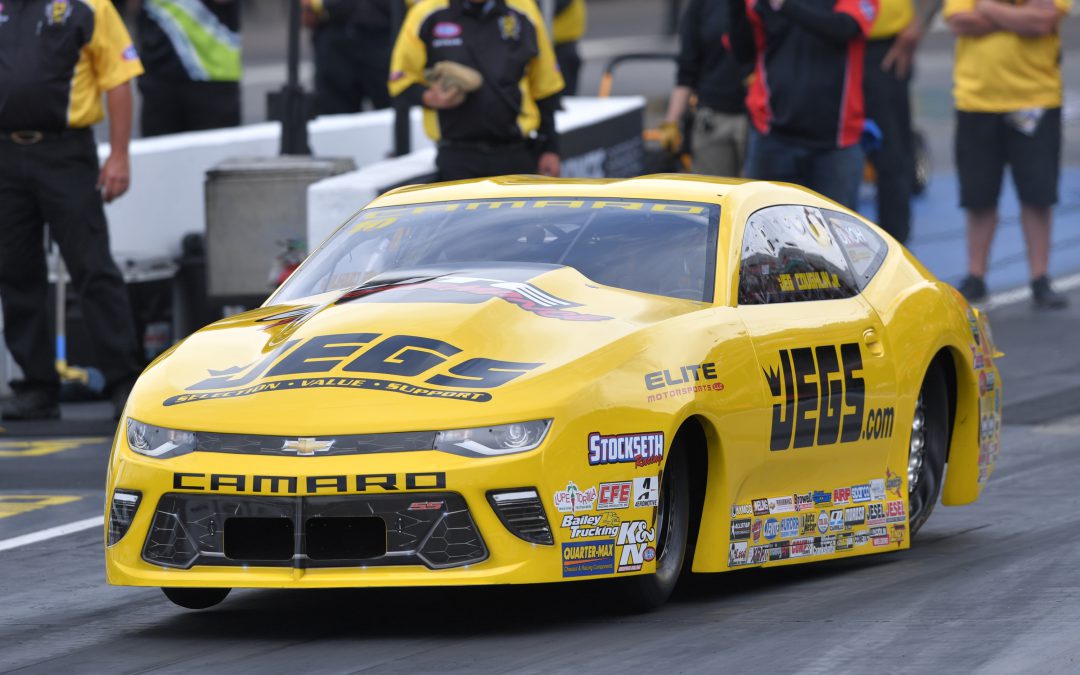 Just after dropping the clutch on his high-horsepower machine, Coughlin's rear tires began to violently shake, forcing him to abort his run just a few hundred feet down the track. Anderson had no issues and cruised to a winning 6.979 at 197.31 mph. Coughlin eventually drifted through the timers in 10.316 seconds at 116.95 mph.

"That was obviously not what we had in mind," Coughlin said. "By far this is probably the low point of our season so far. We just do not have our act together right now, quite honestly, and that's not a sarcastic comment. It's pretty black and white.

"I know Richard Freeman (team owner) and Rick and Rickie Jones, Mark Ingersoll and Brian Self (Elite Motorsports crew chiefs) are gonna have a huge to-do with this car, probably tonight, and see if they can find something that's off with it.

"The car certainly shouldn't have done what it did. We had good data from the other two (team) cars and we've run well for however many races thus far this year and been able to go off one another in regards to how they tune them with subtle changes from team to team. Unfortunately, we weren't even in the ballpark there."

Coughlin's two teammates in attendance — Erica Enders and Vincent Nobile — both advanced out of the opening session, and both ran well enough to have lane choice in the quarterfinals.

"We know we have horsepower," Coughlin said. "We know we have a good car. We know we've got all of the right pieces. I think we've got to take a step back and learn how to reassemble the puzzle. Sometimes that's easier said than done because we've actually been trying to do that for two or three races, all with the exact same results.

"We'll keep our heads up, keep working hard and drive to California and unload in Sonoma and see if we can't be like we were Charlotte and Topeka when we raced to the finals. I have complete faith in our team. We will rebound from this very soon."