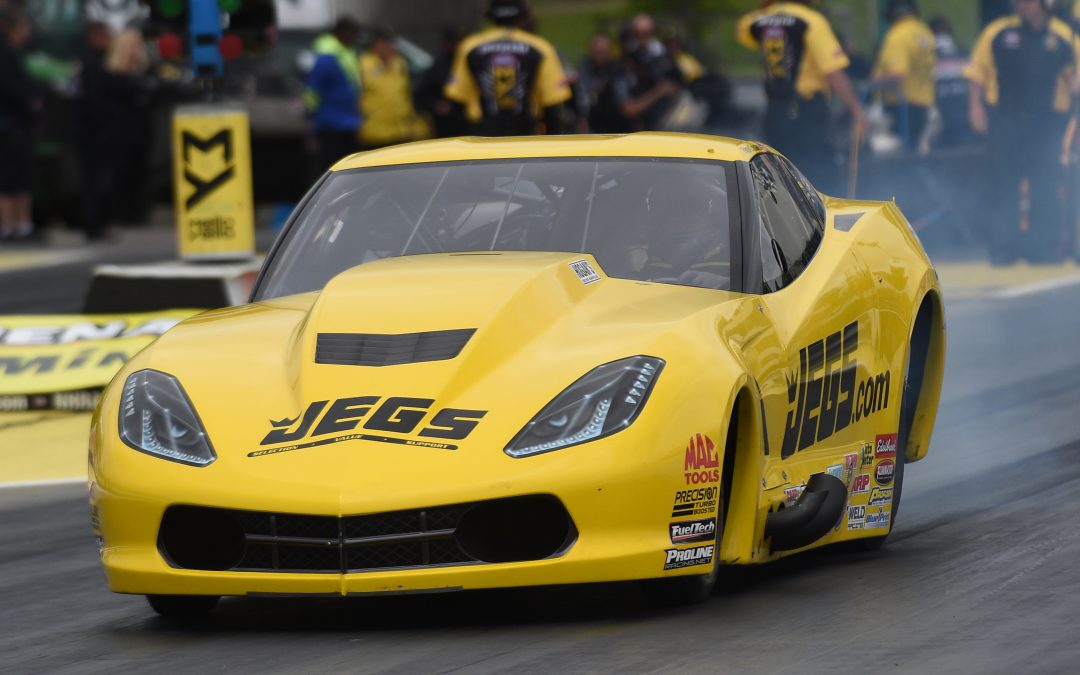 TOPEKA, Kan. (May 20) — Two-time Pro Mod champion Troy Coughlin posted his quickest pass of the weekend in the opening round of the 29th annual Menards NHRA Heartland Nationals presented by Minties, but the pass wasn't enough to turn on his win light in the always-tough J&A Service Pro Mod Drag Racing Series.

"I said earlier in the year that I was super happy we added two races to the Pro Mod schedule this year because it would afford us a little bit of breathing room," Coughlin said. "When you're racing at this level you can run really well and still lose. That's what happened today, so I'm glad we have extra time to make up for this loss.

"Wow, it's tough out there. My hat's off to everyone in the class because people have really stepped it up this year. Cars are so much faster and the margin for error is pretty much non-existent."

After losing a round of qualifying to Friday's rain, Coughlin and his JEGS.com Chevrolet Corvette race crew had to play it fairly safe in Saturday's lone remaining time trial. Crew chief Steve Petty coaxed a 5.836-second pass at 255.92 mph out of the twin-turbo motor, with Coughlin doing a good job of keeping the C7 in the groove.

The difference came at the starting line, with Frigo leaving just enough ahead of the 2012 and 2015 world champ to take the win by .025 seconds.

"Good for him," Coughlin said. "He caught me. I felt really good up there and I have complete trust in Steve when he tells me we have enough horsepower to beat him. I just got beat off the tree. That's the way it goes some times.

"We do have enough space to miss a chance like this and still be there at the end of the season but maybe my cushion has been used up a little. I'm positive we'll rebound from this and run for the trophy next time out."