Best Pro Stock racer in Chicago history back for more 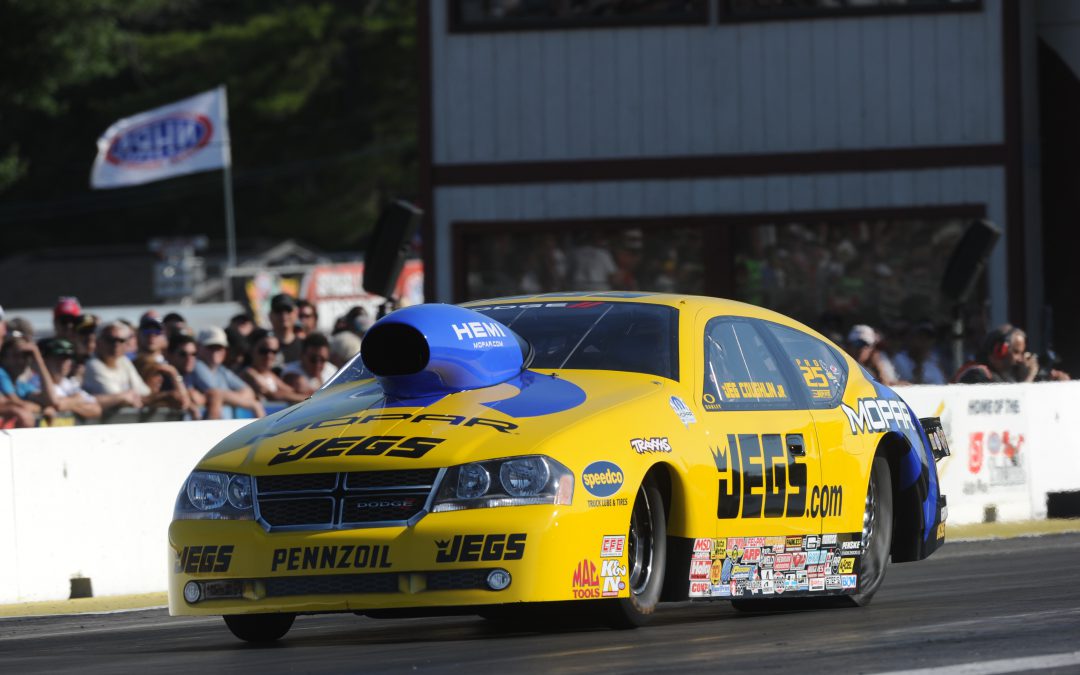 CHICAGO (June 25) — No one in the 16-year history of Route 66 Raceway has won more Pro Stock race titles than Jeg Coughlin Jr. and the five-time world champion is hoping to push his victory total even higher when the NHRA tour arrives for this weekend's high-horsepower tilt in the Chicago suburb of Joliet.

Four times in the past — in 2002, '03, '07 and '09 — Coughlin has been crowned champion of the event, a fact the Delaware, Ohio-based racer takes a great deal of pride in considering Route 66 is one of the centerpieces of the North Central Division.

"Route 66 was the first supertrack," Coughlin said. "It lifted our entire sport to a new level when it came online 16 years ago. The fact it's a Division 3 track and it's close to home, of course that makes it extra special.

"We like the place so much it was a natural location for the JEGS Allstars race as well, which will be held there once again this weekend in conjunction with the national event. Like the saying goes, Chicago is our kind of town."

Coughlin and his JEGS.com/Mopar Dodge Avenger crew arrive in the Windy City as one of the favorites to contend for the Pro Stock trophy. In the season's first 10 races, Coughlin has earned one victory in three final-round appearances and been top qualifier twice. He scored at least one elimination-round win at every race but one.

"It's easy to get caught up in your last trip down the quarter-mile and be excited or disappointed based on that one run, but you never want to lose sight of the fact we're having a great year," said Coughlin, who is a lofty third in the world rankings. "All three of our team cars are running well and between Allen (Johnson) and Vincent (Nobile), we've won half the races and been to nine final rounds. That's pretty darn good."

"These next five races all in a row, basically, are a great opportunity for us to fine-tune what we're doing. We're still learning stuff every race. In Epping I had too much wheel speed and lost my semifinal race, but I was able to quickly radio back to the guys and they made a quick adjustment on Allen's car in the water box and he went on to win the race. It's plain to see how the team concept is paying off."

Aside from his own personal goals at Route 66, Coughlin will be an interested observer of the JEGS Allstars race, an event he himself has won in the past. The special race pits the top Sportsman drivers in each of the NHRA's seven geographic divisions against one another for individual and team honors.

"Only a select few get invited to the race each year and an even smaller number of folks can count themselves among those who have won," Coughlin said. "It's truly the best of the best going at it and when you throw in the team dynamic it makes for a very, very special race. We're honored to be the title sponsor and wish all of this year's Allstars a safe and prosperous weekend."