Best run of 2016 has Jeg Coughlin Jr. qualified in top half of Seattle field 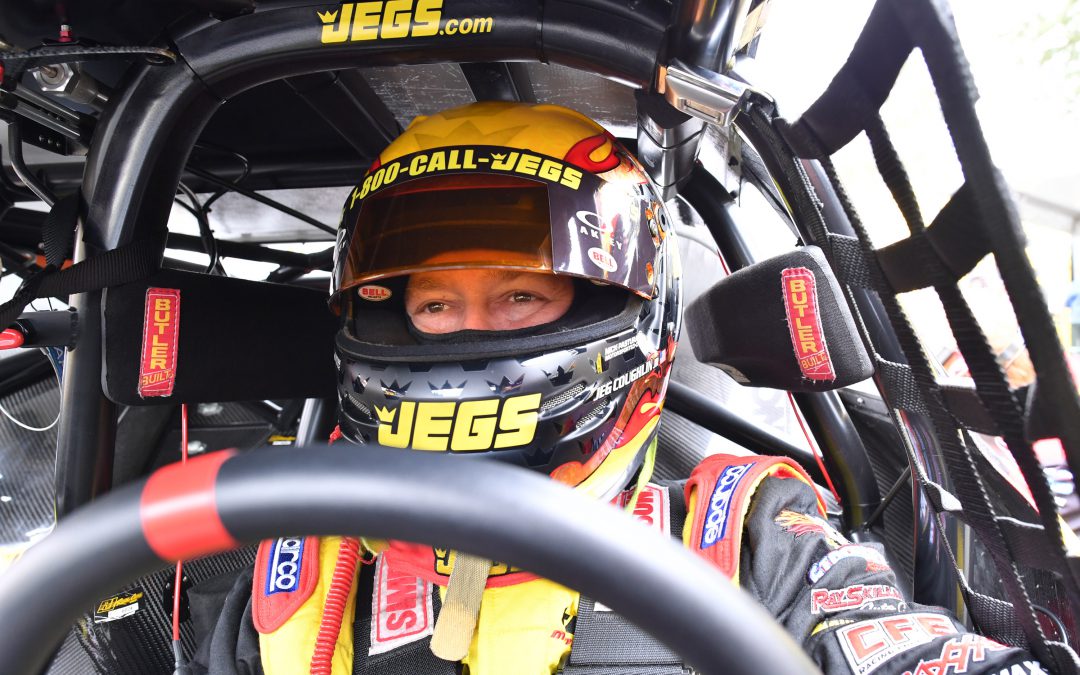 But it's not as simple as that in the Pro Stock world. Sometimes, as a team finds more horsepower, adjustments to the tuneup are called for. And that can take time. And many, many runs.

"We have definitely made some great improvements performance wise," Coughlin said after qualifying No. 7 for the 29th annual Protect The Harvest.com Northwest NHRA Nationals presented by Lucas Oil this weekend at Pacific Raceways. "We're just trying to find that rhythm so that we can get in two, three, four or more runs in a row so that we can work on the car and make it better, work on the tuneups and make it better."

"We made some decent runs this weekend," Coughlin said. "We came out with a blaze starting the weekend off having a bit of a backfire in the lights (in Q1), and we kinda played catch-up from there. We came back in Q2 and went 6.59, which we thought was pretty decent for the session. Vincent (Nobile), our teammate was low of the round with a .55.

For the final qualifying session, Coughlin was on another solid pass, but he knew something didn’t feel right with the engine.

"The car felt amazing in Q4," Coughlin said. "Went straight as a string, and I hit second gear and it felt awesome, sounded good, About midway through fifth gear, (we) had an engine lock up. Looking at the run after the fact, it looks like it started to slow down a little bit all of the way through fourth (gear) and in through fifth. Nothing to the ear, just obviously in the data you can see it. We'll take a good look at it. We are still learning what these cars want at sea level and the mile high like we did at Denver."

"We will access what we've got under the bench here," Coughlin said of a backup engine. "We've got the motor we took out after Q1 that we believe is OK, and then we have two more under the bench so we've got some options.

"We've got a great group of engineers and guys working on these cars. We are going into battle tomorrow with great confidence and we'll see if we can't light some win lights."