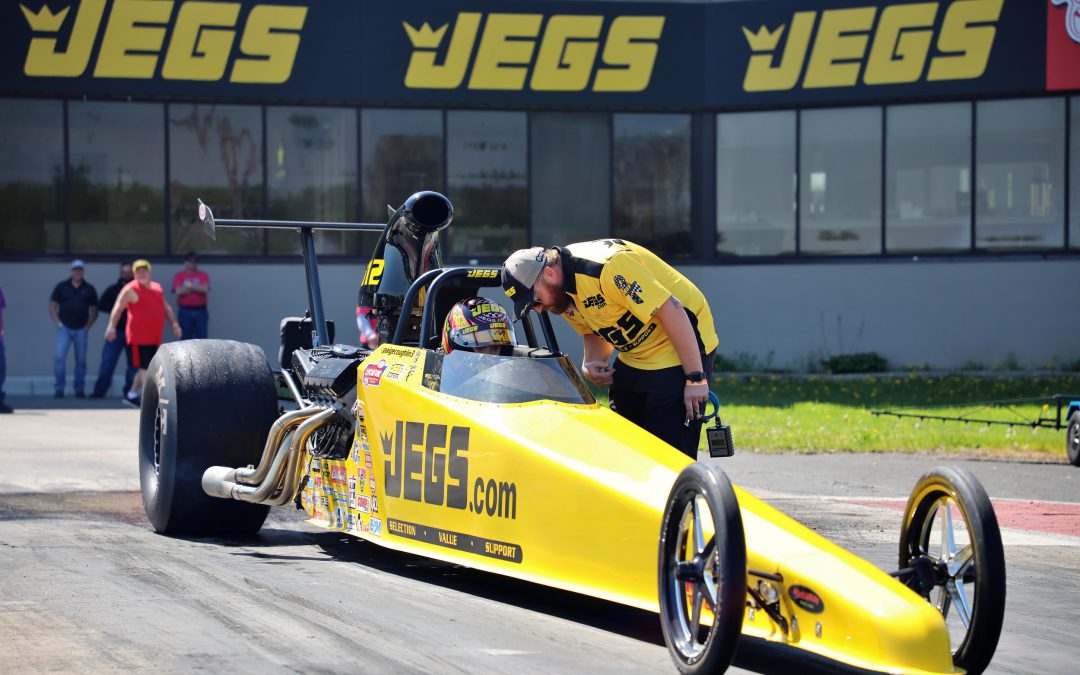 NORWALK, Ohio (May 14) — Reigning regional champion Troy Coughlin Jr. and his sister Paige Coughlin are bringing a trio of racecars to this weekend's 13th annual Cavalcade of Stars in their home state of Ohio with high hopes of scoring a win or two in the Lucas Oil Drag Racing Series event.

Although Troy Jr. won't be driving the JEGS.com McPhillips Racing dragster he piloted to the North Central Region title last season — that particular team competes in Division 1 — he will be racing a pair of proven winners in Norwalk. The first is his JEGS.com Super Comp dragster, a category where he's won two national events and a handful of bracket races, and his uncle Jeg Coughlin Jr.'s Super Gas Corvette Roadster, which has carried him to three national event victories in the past.

"Division 3 has so many great drivers in the super classes and it's always a tough to match up with these guys and gals," Troy Jr. said. "It's also a lot of fun because drag racing is my passion and I want to test myself against the very best."

Another Team JEGS driver up for the challenge this weekend is Troy Jr.'s younger sister Paige, who has just finished her freshman year at Miami (Ohio) University. Paige will be competing alongside her brother in Super Comp, a category she's raced for the past 18 months.

"We had a solid start to the 2019 season at National Trail Raceway last weekend," Paige said. "My JEGS.com dragster was running great but unfortunately I turned on the red light second round. I’m looking forward to being at Norwalk this coming weekend with my brother and Justin (Beaver, crewman). Racing in Ohio is always special to me and my family because it’s our home state and we love representing everyone at JEGS everywhere we go."

As he has since the start, big brother Troy Jr. will be there at his sister's side, offering advice and guidance to help her burgeoning racing career.

"It's fun because I remember being her age and racing a lot in that class, going through the things she's going through now as a driver," he said. "She's so tough and definitely doesn’t hold back. The hardest thing is to be patient and let it all come to you and she's doing a great job with that. We're all very proud of her.

"I was the luckiest kid at the track when I started because I had my uncles and my dad to bounce ideas off. Most of the time it was Uncle Jeg, and if there was ever a person in the history of drag racing you'd want in your corner it would be him. I try to pass along all the things they taught me to Paige. I tell you, she's way further along than I was at her age. She's really good."