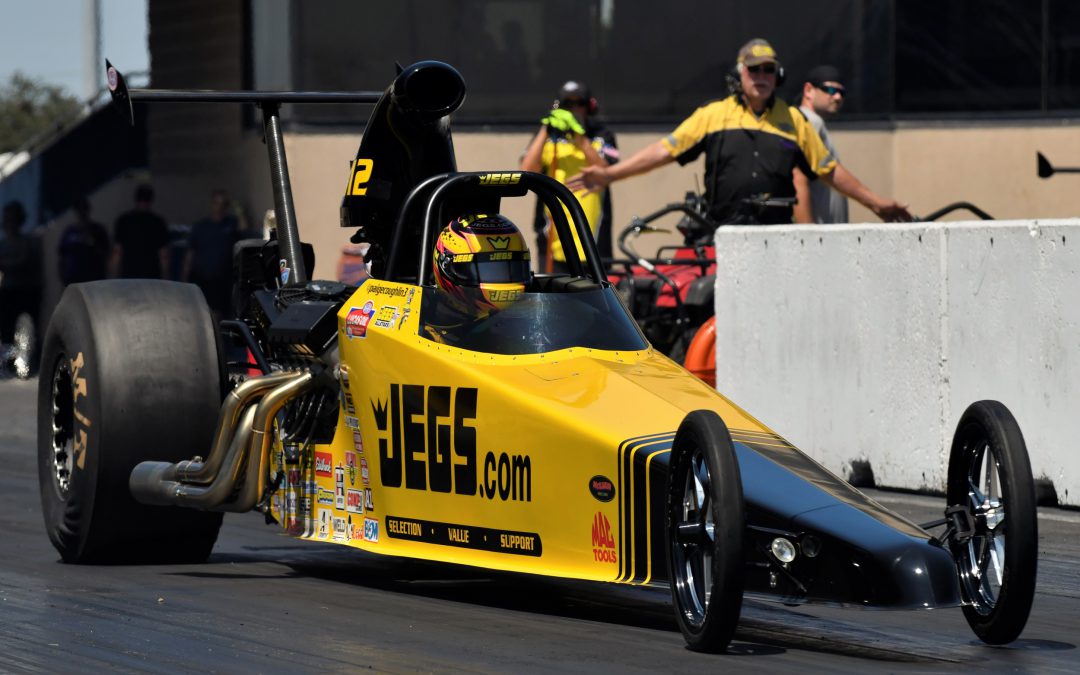 ATCO, N.J. (July 31) — The midway point of the NHRA's Northeast Division seven-race schedule arrives this weekend with the Lucas Oil Drag Racing Series points meet at Atco Dragway and Team JEGS racers Troy Coughlin Jr. and his sister Paige Coughlin will be doing all they can to leave a yellow-and-black mark on the event.

"We have had two weeks off so we’re well rested and have fresh ideas for the second half of the season," Troy Jr. said. "We are prepared and ready for the warm weather conditions it looks like we'll be facing at Atco and excited to compete as a team and family.

"McPhillips Racing is based in Phoenixville, Pennsylvania, which is just an hour away, so this is like a home track to Rich and Richie (McPhillips), and the rest of the crew –Duke Roney, John Flenard, Andy Goode, Charlie Wroten and Charlie Greco. I know everyone will want to put their best foot forward, like always."

"This team is so professional and so focused I feel completely honored every time I get to drive this dragster," Troy Jr. said. "They've made me a better driver and person in so many regards just by letting me hang around this team and this crew."

When not driving the McPhillips Racing dragster, Troy Jr. will likely be helping his sister Paige, who continues to impress in her third partial year of Super Comp competition. The college coed may only run a limited amount of races around her school schedule, but she's become a steady driver that tends to reach deep into the elimination rounds each weekend.

"I’m excited to be back in the driving seat at Atco Dragway," Paige said. "The car has been running great thanks to my brother's help and the hard work my crew chief, Justin Beaver, puts in every week. We are doing well in the points and hoping to go some more rounds this weekend. I'm also so thankful for my family and everyone at JEGS for their support."

Although she's only earned points at four events this summer, Paige is ranked fifth in the Division 3 points in Super Comp. She's also leading the way in her category for next year's JEGS Allstars event.