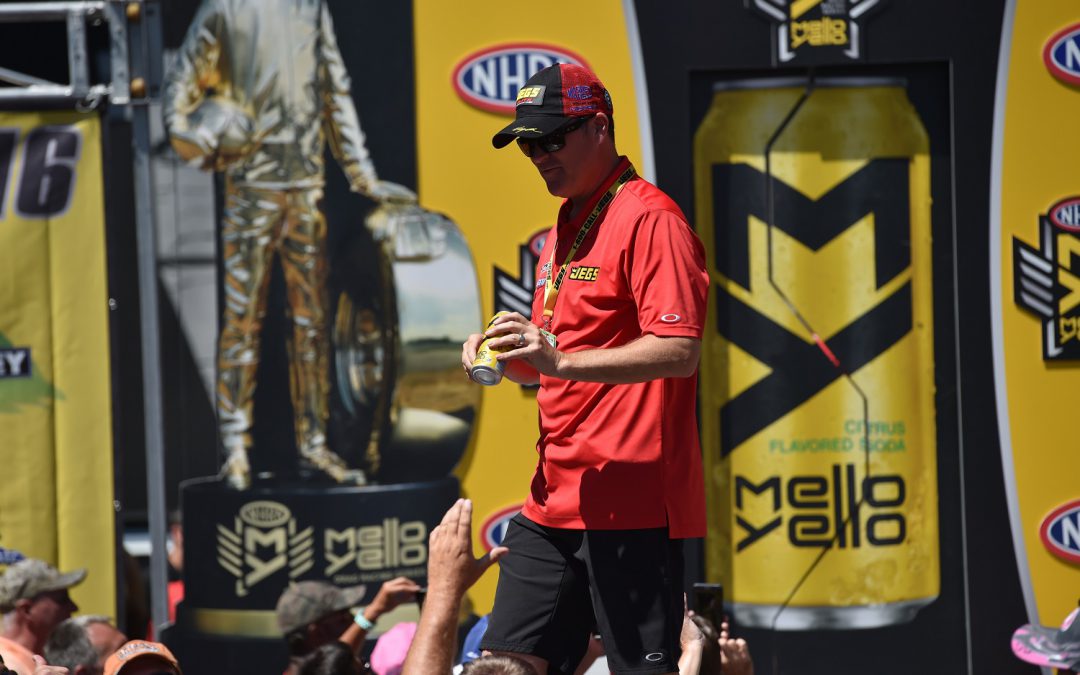 NORWALK, Ohio (June 21) — Mello Yello NHRA Drag Racing returns to Northeast Ohio for Round 12 of its 24-race series this weekend and Ohioan Jeg Coughlin Jr. hopes the positive vibes the victorious Cleveland Cavaliers have brought to his home state carries over to his Magneti Marelli offered by Mopar/JEGS.com Dodge Dart race team.

Coughlin, a five-time Pro Stock champion who hails from Delaware, Ohio, is coming off his best outing of the season last Sunday in Bristol, Tenn. He's convinced career win No. 59 is close at hand, and would love to get it done this weekend at one of only two tracks on tour where he has yet to win a national event.

"Racing in Ohio, in the Buckeye state, is always fun," Coughlin said. "Especially now with everyone in the state on such a high with the Cavaliers success. The mood is palpable among true Ohioans. It's something I've never quite experienced before and it's very cool. We're looking forward to adding to it if we can.

"Our Elite Performance crew has really come a long way. Our results did improve a little bit this past weekend with us racing to the semifinals, and that gave us some more direction that will help us to continue to get better. I think we definitely have some more positive things coming along in time for Norwalk."

Coughlin joined Richard Freeman's Elite Motorsports team before the 2016 season, just as the group was making the transition to Mopar. At the same time, the NHRA instituted sweeping new rules for the factory hot rod class, switching everyone from carburetion to electronic fuel injection while limiting RPMs and wheelie bar length.

With the exception of one multi-car team, everyone in the class has been scrambling to catch up to the most drastic changes in class history.

"There's a lot of hustling going on with our whole team," Coughlin said. "That's the way it's been since the beginning of the year. We have three cars all running for the championship and it's taking us some time to get up to speed.

"These guys won the last two championships with my teammate Erica Enders so obviously they have the talent and experience to win. We will most certainly get it figured out and, as I said, our recent run of success has given us some direction. We'll just keep plugging away at it and things will come our way."

Pro Stock qualifying sessions are scheduled for 5 and 7:30 p.m. ET, Friday, and 1 and 3:30 p.m., Saturday. Eliminations start at noon, Sunday. FOX Sports 1 will carry qualifying action from 8-9 p.m., Friday, and 7-8 p.m., Saturday. The first two rounds of eliminations will air live beginning at noon, Sunday, with a three-hour recap later in the evening, beginning at midnight.

"The race is a little earlier on the calendar this year which will help," Coughlin said. "Maybe we won't have the 100-degree heat that we usually have to contend with at this race. Maybe it'll just be in the 90s or so. Either way, Bill Bader and his staff always do a nice job of welcoming the racers and the fans to their track and we love going there."