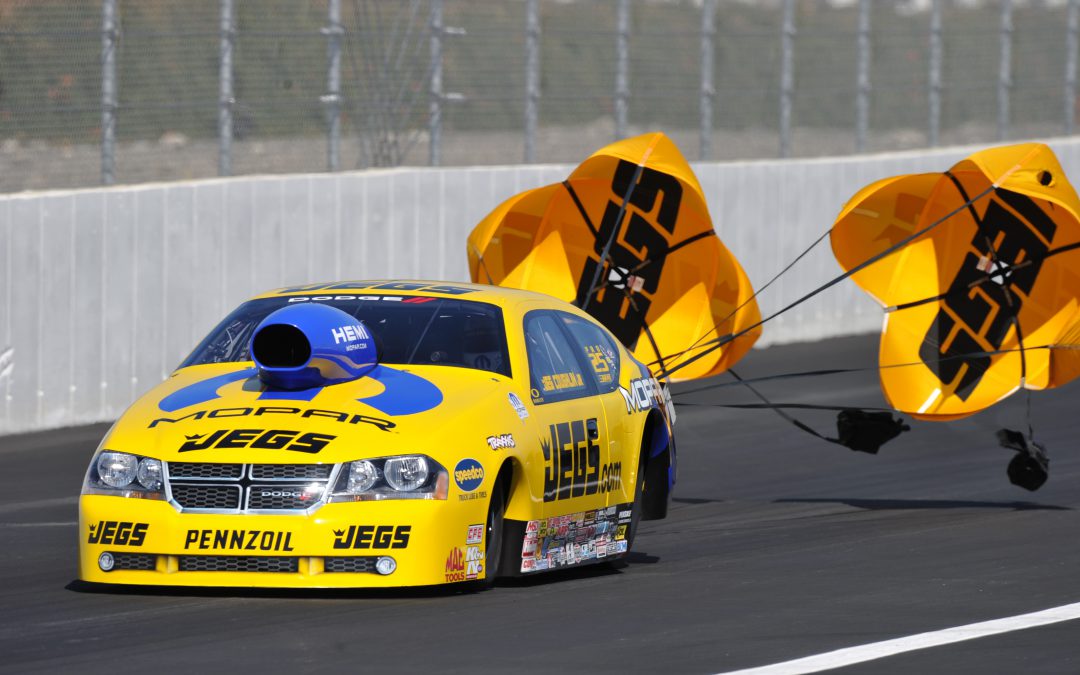 GAINESVILLE, Fla. (March 16) — Three of the four passes five-time world champion Jeg Coughlin Jr. made during qualifying action for this weekend's 44th annual NHRA Amalie Gatornationals were quicker and faster than he'd ever gone before, leaving the driver of the JEGS.com/Mopar Dodge Avenger thrilled about his chances of winning a third Gainesville trophy.

"It would be nice to get another win here," Coughlin said. "It's what every team yearns for and I know the guys in this pit have earned it. We'll get up on the wheel tomorrow, take 'em one at a time, try to limit our mistakes and we'll see how it turns out. Hopefully one of our three Dodges ends up in the winner's circle."

The weekend started with a bang when Coughlin opened time trials with a 6.492 at 213.16 mph, easily the best pass he'd ever made down a quarter mile. But the 52-time national event winner wasn't done as he managed to improve those marks to 6.487 at 213.40 mph Saturday morning to earn the No. 4 qualifying position

"Three of the four runs we made obviously were very good for us," Coughlin said. "It's exciting. The car's running great and all the hard work the guys have been putting in is definitely showing.

"We tried some things in the last qualifying session and it fell off a touch so we'll go back to what we know and get ready for tomorrow."

Coughlin's attention will now turn to race day and first-round opponent Greg Stanfield, who qualified 13th on the ladder with a best pass of 6.537 at 211.73 mph.

"We tested earlier this week in Bradenton to clear up a few things we thought might have gotten us in Phoenix and that went really well," Coughlin said. "It looks like everything's fixed and my confidence behind the wheel is sky high right now.

"Any time you run numbers like we have this weekend you get excited but at the same time you have to keep it all in check. Even after a career-best run you want to make sure you continue doing all those little things that made it happen in the first place."

Eliminations begin at 11 a.m., Sunday. All of the action will be shown on ESPN2.