Champ Jeg Coughlin Jr. edged by a fender in first round of Reading race 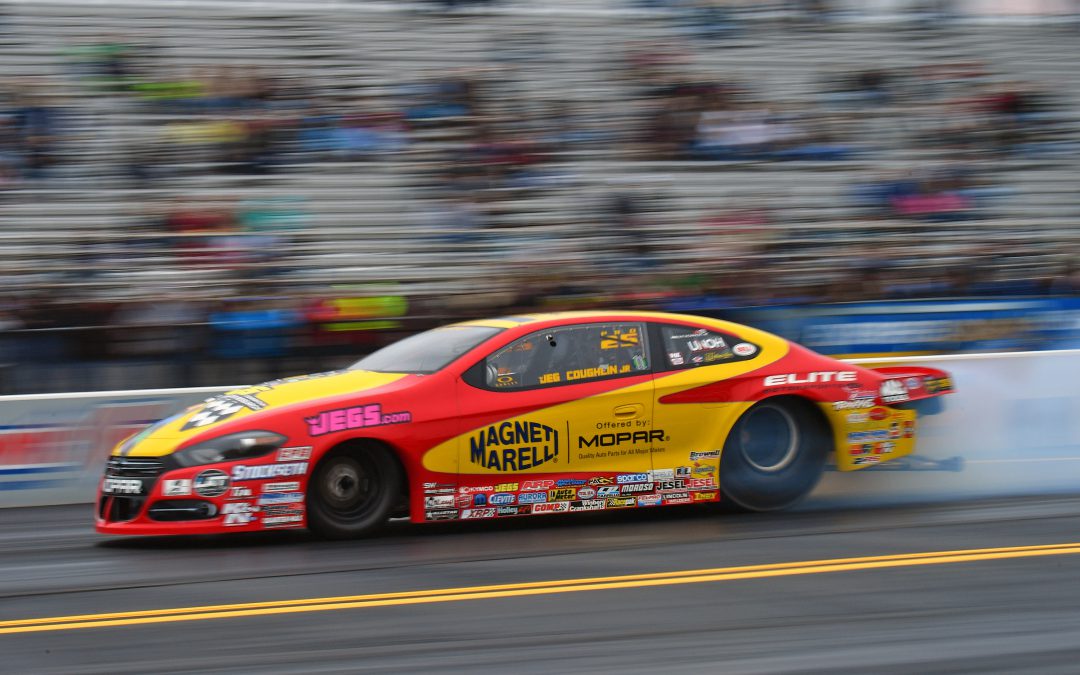 "Traditionally, at least this year, Greg is usually a car length ahead of me by the time I get into high gear," Coughlin said with a wry smile. "Today we had a nice launch and went through the gears really efficiently and I peeked over and didn't see him at all. I was pleasantly surprised to experience that for a moment."

Coughlin led the race until just past the half-track timing blocks thanks to an exceptional .006-second reaction time (.000 is perfect), which placed him a good bit ahead of Anderson, who had a .030-second launch. But Anderson's horsepower helped him catch and pass Coughlin, ultimately winning with a 6.579 at 210.54 mph to Coughlin's 6.629 at 208.17 mph. The final margin of victory was .02 seconds.

"With only one run yesterday, as the whole field had, I think we were able to make some really good adjustments to come out here and run this well today," Coughlin said. "Our main focus was to get the car down the lane and in doing so, we felt like we at least had a legitimate chance at turning a win light on. Although that didn't happen, the car was much, much better today.

"We made some changes coming into the race with the engines and the suspension and today the car left pretty straight, and even though it got out to the right just a little bit, I was able to navigate thru the gear changes without any problem. And it stayed glued, even just a touch out of the center of the groove. We had a decent chance, and that's a step in the right direction."

This contest marked the 88th time Coughlin has raced Anderson, the most head-to-head battles between any two Pro Stock competitors in NHRA history. Anderson currently enjoys a 49-39 advantage.

"We’ll pick up our pieces and head to Texas," Coughlin said. "Erica (Enders, Mopar teammate) was able to race by Bo in the first round so we will cheer her on as she faces our other teammate Vincent (Nobile) in the second round. That race will be a win-win situation for Elite Motorsports. Someone is going to the final four."

The Countdown to the Championship resumes after one week off with the 31st annual AAA Texas NHRA Fallnationals, Oct. 13-16, at the Texas Motorplex near Dallas.