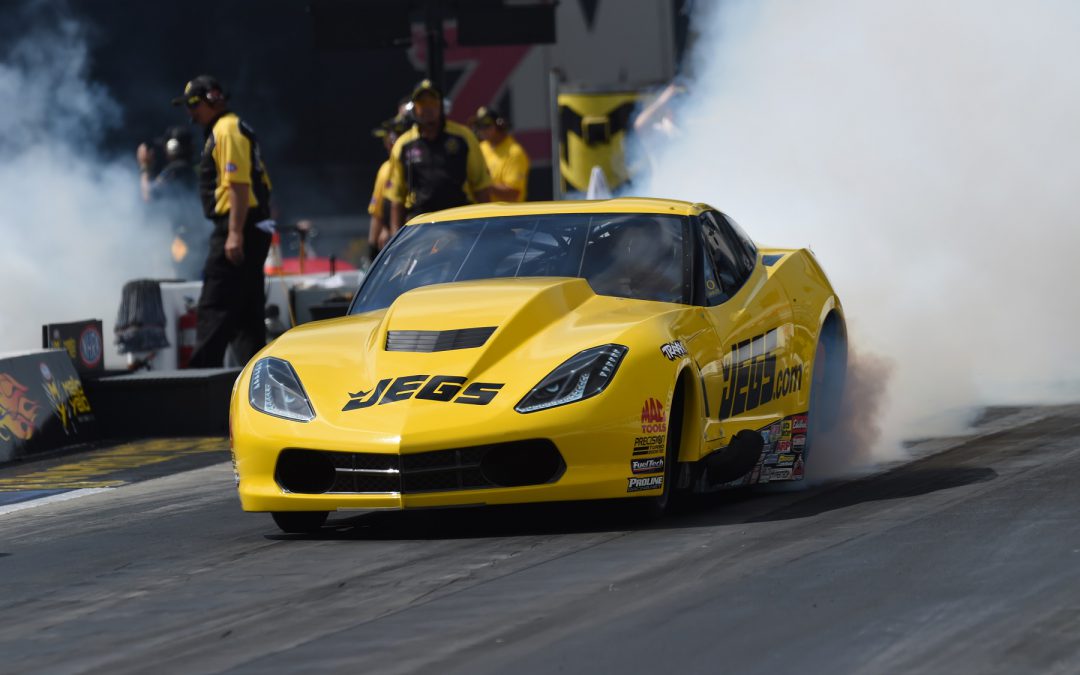 But Coughlin, who races in the AAA Insurance NHRA Midwest Nationals this weekend at Gateway Motorsports Park, vows to continue the fight.

Coughlin and his team of crew chief Steve Petty and crew members Mike Rees and Kyle Pettis have battled all season, earning one victory in the competitive Pro Mod Series and contending in all eight races to date this season.

NHRA changed rules for turbocharged cars, like the Corvette Coughlin drives, but the JEGS.com team simply put their heads down and went to work. After the rules change, Coughlin qualified No. 1 at the U.S. Nationals and went to the final round there before qualifying in the top half last weekend at Charlotte.

Coughlin sits third in the Pro Mod standings, 111 out of the top spot. With two races – and eight rounds – remaining, Coughlin is still mathematically alive in the championship hunt.

He'll need a good race at St. Louis to remain a contender in the final race of the season, in Las Vegas. Over the last four years, Coughlin has won two championships and finished second in the final points standings twice. He's also a past winner in St. Louis, going to the winner's circle here in 2012.

"We've had great success in St. Louis," Coughlin said. "We won the St. Louis race, and then we won there after the Charlotte race was rained out and finished in St. Louis. So we've had good success there.

"The fans are awesome there. It's a little bit closer to home than some of the farther away races and I'm excited to get there. We've got a good hot rod and the guys at Pro Line got some fantastic power with this thing."