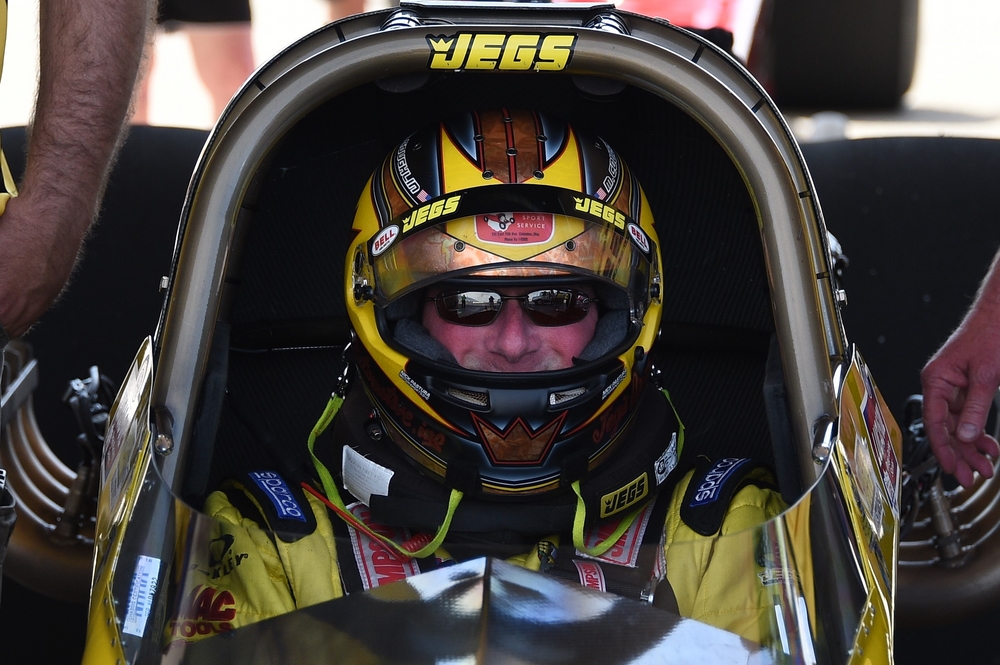 LAS VEGAS (Nov. 8) — Top Dragster drag racer Mike Coughlin took his bid for the 2017 world championship to the final race on the Division 7 schedule only to come up a few rounds short of ultimate glory. Finish aside, Coughlin says the memories he made and the comradery he felt made this year one of his best ever, including his Division 3 championship-winning seasons of 2007 and 2009 when he raced Top Sportsman.

"This year was super special and really fun, especially down the stretch," Coughlin said. "There was a tight group of us all fighting for the championship right to the end and even though we all desperately wanted to end up on top, we all supported each other the best we could. It was one of those deals where you'd say, 'well if it can't be me, I hope it's you,' only there were four or five of us all feeling that way.

"This is the way drag racing always has been and it's refreshing to see it's still that way. My heartfelt congratulations to Lynn Ellison on winning it all. I'm happy for Paul Nero and Steve Casner for finishing second and third, and Jeff Strickland and John Strassweg for pushing us to our fourth-place finish. John and Lynn are both Division 3 guys also so it was a great year for the North Central guys, which is extra cool."

Coughlin's chance at the championship came to an end in the second round of last weekend's race at The Strip at Las Vegas Motor Speedway when he drew his first red-light foul of the season in his JEGS.com dragster. He needed to win the event outright to steal away the title.

"We went down swinging," Coughlin said. "That was the first time I'd gone red all year and of course it came at the worst time. I was really amped up and the day was changing from dusk to dark, which made it extra tricky. I just didn't do a good job calculating the delay.

"It's funny with these LED bulbs. In the dark you tend to be slower than you are during the day, but when it comes to dusk you're kind of in between the two.

"Heck, we fought until they told us it was over. We finished fourth in the world and didn't break a thing all year except in pre-season testing. What a job by the guys — Greg Cody, Dave Raurk, Ryan Micke and Tony Collier — and a big thanks to Jerry and Traci Albert for coming with us to Vegas to support the team and help out."

Although his 2017 campaign just ended, Coughlin already is thinking about 2018 and another run for the title.

"The only thing we'll change on the car in the off-season is the number," Coughlin said. "I honestly can't ask for more than what we had this year. It was a heckuva lot of fun and the car was perfect all season.

"I'm thankful for my wife Kriss and our boys Jack and Clay, my dad, my brothers, and everyone at JEGS for their incredible support."