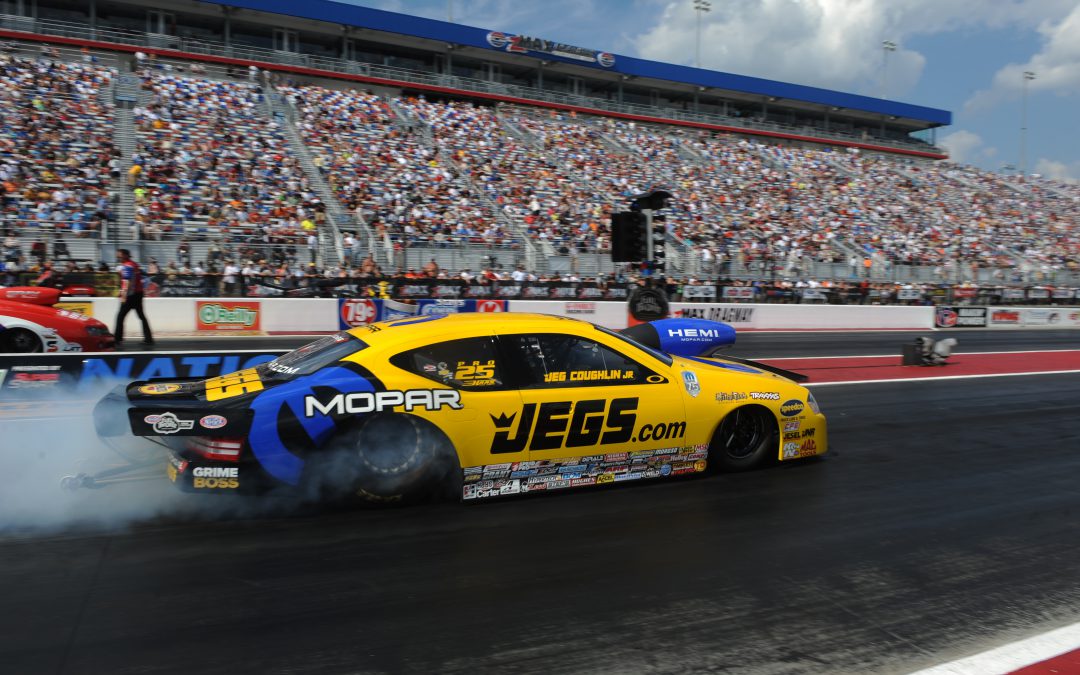 CHARLOTTE (Sept. 16) – Now that the NHRA's version of the playoffs, the Countdown, has begun for Pro Stock, no round of racing – qualifying or eliminations – can be squandered.

Jeg Coughlin Jr., driver of the JEGS.com/Mopar Dodge Avenger, admitted that his team never got the ball rolling during the weekend following a first-round loss to fellow Mopar driver and No. 4 seed, Allen Johnson.

"It was the first race of the Countdown and we thought we'd perform a little better than what we did," Coughlin said. "We didn't qualify well, which was not to our benefit. To pull up next to AJ in the first round is tough orders."

"He didn't make any mistakes. He did a good job on the tree and got his car down the racetrack," Coughlin said. "We just didn't have enough for him.

"We just didn't come up with the right recipe for that round, that track and that opponent."

Coughlin said the plan attack for next week's race in Dallas is to not let any round of racing slip through their grasp, and build as the weekend goes on.

"That would be ideal," Coughlin said. "Any time you have lane choice in the first round, it's better than not. Typically these lanes aren’t too bad and Dallas is a good track. We just need to get momentum going from Q1 through race day on Sunday.

"That's what it takes to get everybody's confidence up, and give yourself the opportunity to turn some win lights on."

Coughlin will remain 10th in the points heading into Friday's start of the AAA of Texas NHRA Fall Nationals at Texas Motorplex.