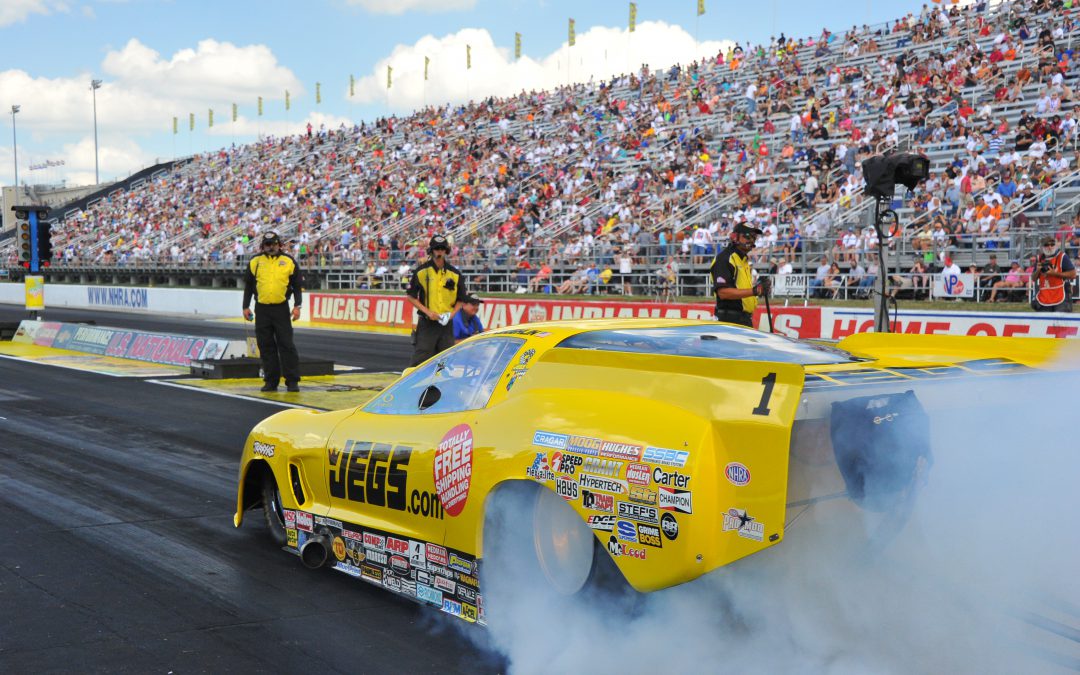 CHARLOTTE (Sept. 11) — No one in the Pro Mod paddock is more excited about this weekend's return to zMax Dragway than defending world champion Troy Coughlin. That's because Coughlin won the most recent NHRA race held at Bruton Smith's drag racing palace in the Charlotte suburb of Concord, taking the trophy of the spring race in convincing fashion.

"We love zMax Dragway," Coughlin said. "We loved it before we won the 4Wide Nationals but that made us love it even more. We are all very excited to be going back to a place where we had such great success, especially at this crucial point in the season."

The sixth annual Carlyle Tools NHRA Carolina Nationals is the eighth event in the 10-race Pro Mod Series, meaning Coughlin and tuner Steve Petty have just three more chances to get back on top of the Pro Mod standings. They currently sit second in the points, 98 back of Rickie Smith.

"Last year we came into this race third in the points, but only 64 behind (then leader) Mike Castellana," Coughlin said. "We're one spot better in the rankings but almost two rounds further back in the points, so we need to be on our game.

"The plan is to do what we did last season. As obvious as it sounds, we need to just race each individual round to the very best of our abilities. If we do that, then we'll be happy. We've got a win and two runner-up finishes this year so certainly this team knows how to get our turbocharged JEGS.com Chevy Corvette moving down the track."

Although he never led the points during the season, Coughlin won the 2012 Pro Mod finale in Las Vegas to secure the championship by just a few points over Castellana and Smith.

"It went down to the wire," Coughlin said. "Every round was so big, not just when we were racing but when the other guys were out there trying to advance. I hope we can gain some ground on Rickie this weekend and make this year's finish as exciting as last years. That's the goal, and we couldn't ask for a better starting point than zMax Dragway."