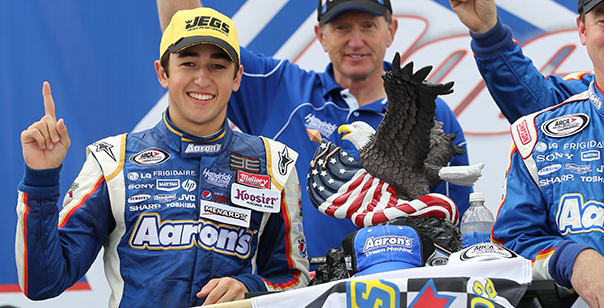 Elliott, who started 33rd in the 34-car field because qualifying was rained out, led the final 21 laps of the event. Defending NASCAR Truck Series champion James Buescher won an ARCA race at age 16, but Elliott became the youngest winner on a superspeedway.