Clash with a teammate faces Jeg Coughlin Jr. in Round 1 of Pomona final 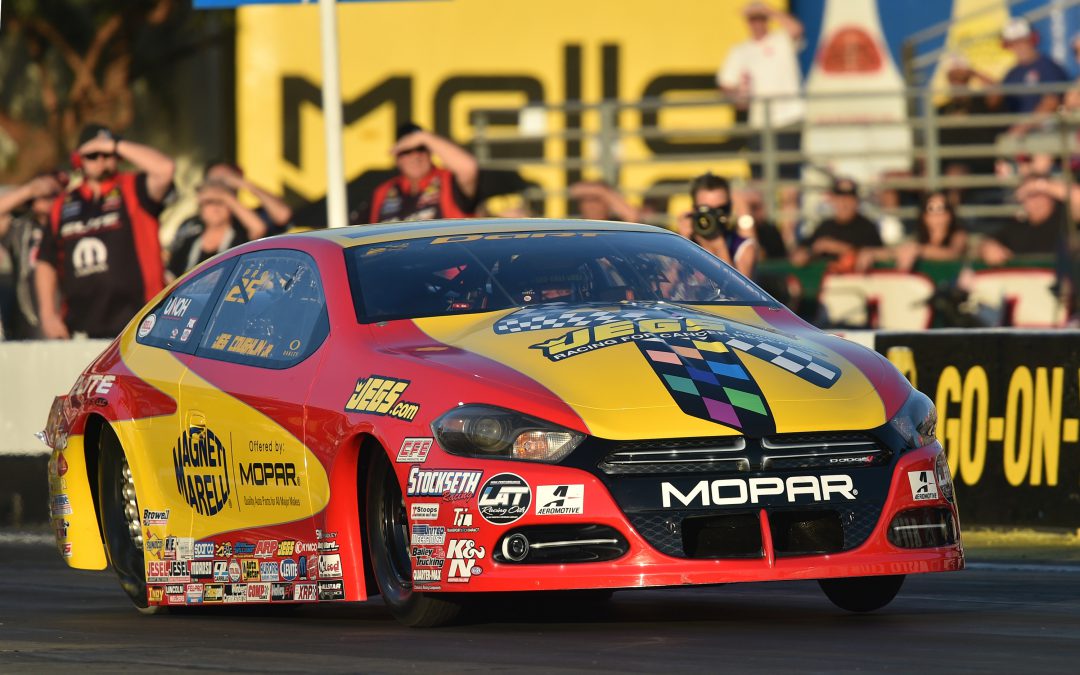 POMONA, Calif. (Nov. 12) — Five-time Pro Stock world champion Jeg Coughlin Jr. will fight for the title of the 52nd annual Auto Club NHRA Finals from the lucky 13th position on the elimination ladder after posting a best pass of 6.610 at 208.78 mph during qualifying for the season-ending race.

"We look forward to race day," Coughlin said. "We improved every run from Q1, Q2 and Q3 and would have improved again in Q4 if not for a driver malfunction," Coughlin said. "My foot just kind of popped up and allowed the engine to run away and not get to the chip as it normally would. That cost us the run but we're still excited about tomorrow.

"I believe we have a car capable of winning a round or two and from there, who knows, but I feel good about the momentum we made in Q1-3 and we’ll show up and be ready to race tomorrow."

Coughlin, a six-time winner at Auto Club Raceway in Pomona, says a strong finish would give his Magneti Marelli offered by Mopar/JEGS.com Dodge Dart race team a big boost heading into the off season.

"We've got some big changes in the works and as hard as the guys have worked all year, it certainly doesn't look like they'll have any time to rest this off season because we have lots to do," Coughlin said. "The good thing is these guys are so dedicated and they love racing so much they're all chomping at the bit to get started.

"This is a team of champions and I don't think anyone is happy with the results of this season. We expect to contend for every race title and that wasn't always the case this year."

As the No. 13 qualifier, Coughlin will open elimination racing against fourth-ranked Vincent Nobile, one of Coughlin's teammates at Elite Motorsports. Nobile carded a 6.570 at 211.13 mpg in qualifying his Mountain View Chevrolet Camaro in the top half of the field.

"We'll give him a run but of course we know he's very, very capable," Coughlin said. "We had a chance to move up a spot or two in Q4 and then we wouldn't have to face a teammate early in the day but everything works on a fine line in this sport and I just didn’t have my focus on having everything intact like we normally do that round. However, it’s certainly better, if you are going to make an error, to make it in qualifying than on race day."