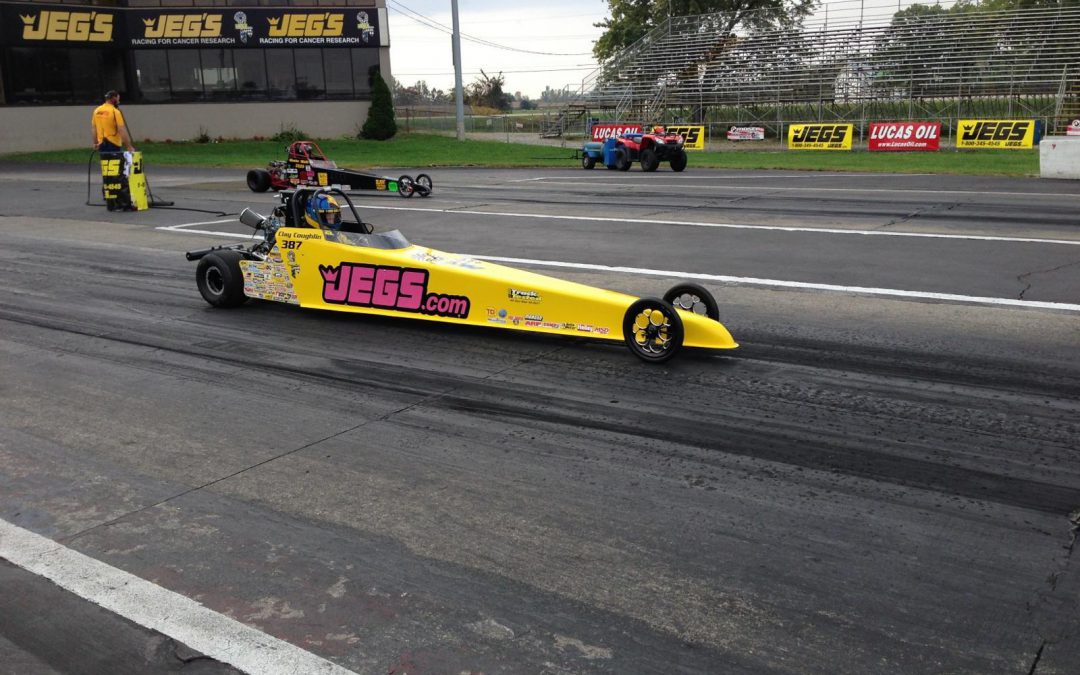 HEBRON, Ohio (Oct. 8) — The legendary Coughlin family has another drag racing champion in its ranks as 9-year-old Clay Coughlin wrapped up the National Trail Raceway season title this past weekend at the historic facility in the suburbs of Columbus, Ohio.

The son of two-time champion Mike Coughlin and grandson of JEGS High Performance patriarch Jeg Coughlin Sr. raced to a pair of semifinal finishes Saturday and Sunday to earn the big trophy with a few rounds to spare.

"Clay's demeanor is on a pretty even keel most of the time but I could tell he was super excited when they declared him the champion," Mike Coughlin said. "It was a tense weekend because there was another very talented driver, Caleb Burns, who was right there in the standings but when Caleb went out early on Saturday and Clay managed to get to the semis, that gave him a little cushion.

"Sunday there was another race and all Clay needed to do at that point was win one round so he felt a little better. Still, you have to go out there and execute and then we had the threat of weather hanging over us so it was a bit stressful. I was very proud of the way he handled the situation. He did everything right and got it done."

Although the championship has been decided, Clay's season isn't over just yet as he will now lead the top five finishers from Junior Dragster 1 into this Saturday's JEGS Junior Dragster Clash at National Trail, which will be run as part of the Halloween Hootout and Last Blast weekend. Clay will be joined by class runner-up Burns, Hunter Wolfe, Sabrina Duche and Cody Hoberg.

The Junior Dragster 1 class hasn't won the JEGS Clash since 2004 so Clay and his contemporaries will be thrown right back into a pressure-packed situation.

"We've got a chance and the way Clay has been driving, I think we can make a good run at it," Mike said. "This has really been a fun year and the guys that help us — Greg Cody, Tom Stilwell, Matt Flowers and Jim Daddus — have all played big roles in Clay's development. We definitely thank them for their efforts."

Clay will officially be crowned champion at the National Trail Raceway annual Awards Banquet in January.