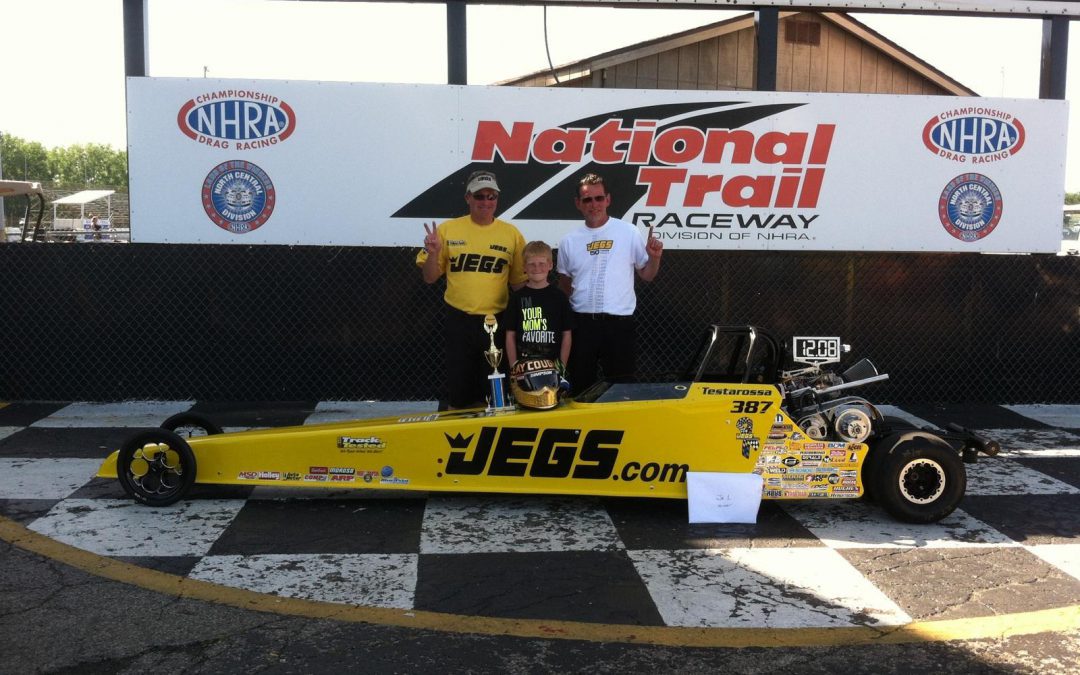 Coughlin helped himself by taking out Cochran in the semifinals of Saturday's event, the sixth stop of the JEGS E.T. Series, running exactly on his 12.08 dial to advance to the final round.

Then, with the trophy on the line, Coughlin streaked off the starting line first, forcing opponent Kolin Watson to break out as he tried to chase down Coughlin's yellow-and-black JEGS.com American dragster. At the finish line, Coughlin's 12.165 turned on the win light ahead of Watson's 11.788 on an 11.90 dial.

"Clay's reaction times have been improving every time out," father and two-time Division 3 Top Sportsman champion Mike Coughlin said. "It was really neat to see his hard work pay off with that win Saturday. He definitely saw firsthand the results of his extra work on the practice tree."

The action on Sunday switched to the annual NHRA Summit Racing Jr. Drag Racing League Challenge event, and a huge contingent of 68 Jr. Dragster drivers showed up to fight for the Wally trophy.

This time, Coughlin managed to advance through three of five rounds before bowing out.

"Another great job by the entire JEGS.com team — Greg Cody, Rick Rossiter, Tom Stilwell, and Matt Flowers — and, of course, the driver," Mike Coughlin said. "This was a good, strong showing for the team and a great way to cap off the first half of the season.

"This quicker car has a lot more variables that factor into the tune-up. It's pretty amazing how much goes into a little dragster, but when you're turning 11.9-second laps at 53, 54 mph, there's a lot going on."