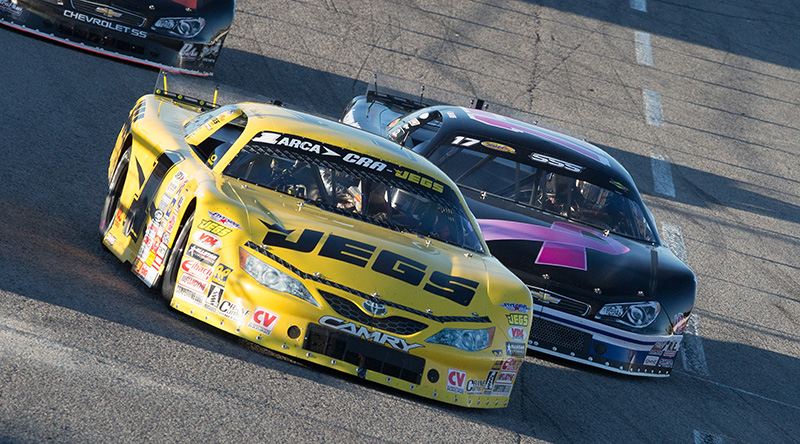 Coughlin and veteran racer turned crew chief Jack Smith communicated well throughout the in Nashville, and that was evident on the race track as Coughlin showed speed all weekend long.  In addition to his strong finishes, Coughlin qualified sixth overall and second in ARCA/CRA Super Series competition.

“Jack still hasn’t changed everything out of this thing to get it where he wants it yet, so I think this was encouraging,” said Coughlin.

The 20-year-old driver fought hard throughout Saturday’s 75-lap race that basically went green-to-checkered with the exception of a big crash in turn one of the first lap.

Coughlin was outside the top ten early in the event before clawing his way back to eighth where he would finish.

“Going a whole race pretty much green around this place is really tough,” said Coughlin.  “We were really slipping and sliding out there.  Overall I’m pretty pleased.  There’s things to work on and we’ll go on from there.”

The Delaware, Ohio driver will race in his home state next weekend at one of his favorite race tracks, the banked half-mile of Toledo Speedway, and his run this weekend in Nashville has him very encouraged.

“I think we’ll be in contention for the win next week for sure,” said Coughlin.  “Overall, this was a great weekend.  I’m really thankful that Jack Smith came on board and that all of my guys, Kevin Hamlin (team manager), Scott Wimmer (spotter) and Dave Holt (crew-member) gave me a good car.  I’m also really thankful that my parents, Di and John, and my sister Kennedi came out to watch me race this weekend.”