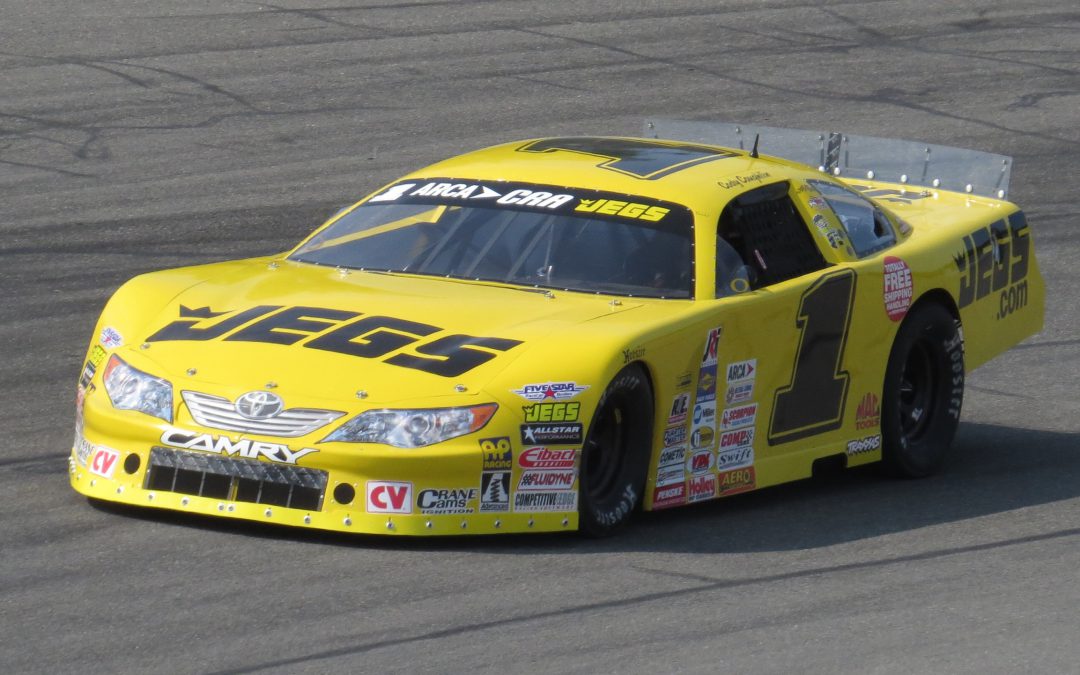 Cody Coughlin and his Team JEGS crew fought their way back to a sixth place finish in the late going after having a flat tire in the Auto City 100 presented by JEGS.com at Auto City Speedway in Clio, Michigan on Saturday night.

The Joe Gibbs Racing Development driver was leading with 30 laps to go when his right front tire went flat, causing him to pit.  He rejoined the field and came back through to get the top ten finish.

“We didn’t qualify that well and started 14th.   We battled our way up to the top ten pretty fast.  Then we were in the top six than the top three, and then we were leading,” Coughlin said about his night.  “The two fast guys were sent to the tail for causing a caution, which gave us the lead.  While we were leading the right front tire went down and were able to change it under caution.  But we rallied back to a sixth place finish.”

Coughlin patiently worked his way to the front avoiding to two big accidents.  One occurred on lap 44 where he narrowly drove through it and found himself running in the top five at the halfway mark.

When he took the lead with 30 to go, Coughlin felt that if he had a good restart, that he could have won the race.  But, on the restart, he went into turn one and the car went up high as his right front tire was going flat.  The yellow came back out for another car’s spin allowing Coughlin to come into the pits and replace the tire.

He was able to work his way through the field in the last 30 laps, but ran out of laps to record a top-five finish and settled for sixth.

“I wasn’t able to come up on Friday to test, and we had limited practice time today to work on the setup,” Coughlin said.  “Nick Easton, our crew chief and Kevin Hamlin, our team manager, did a great job getting it pretty comfortable for me.  Scott Wimmer was awesome as my spotter and Dave Holt worked his tail off today.  I really appreciate their efforts.”

Cody also had support from his family at the track today, his parents, John & Di, and his sister Kennedi.

“It’s great to have the positive support from my family at the track and very thankful that they were here tonight.  I really am grateful for them being there and helping with my racing career,” Coughlin said.

“I also have to thank God for giving us a safe race tonight.  There were some close calls out there tonight and I praise him for him watching over us.”