Cody Coughlin Comes Back to Finish Fourth in the Winchester 400 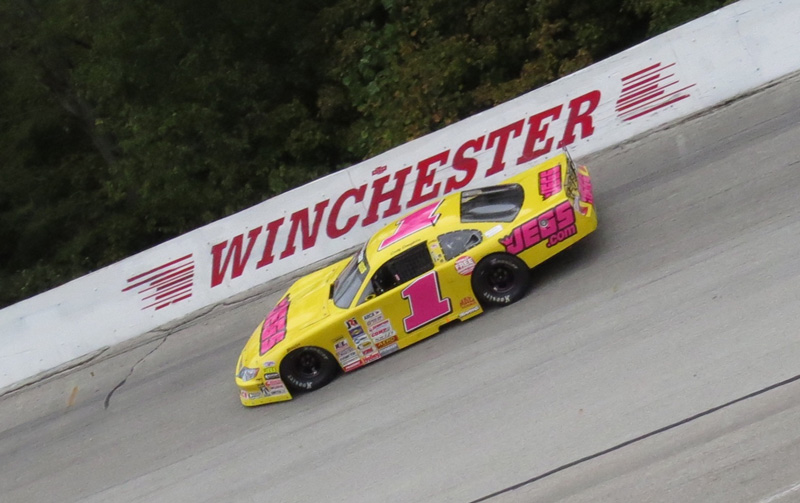 Cody Coughlin came back from two laps down to finish fourth in his second Winchester 400. The finish continues Coughlin's streak of consecutive top-five finishes in his 2014 racing season.

Coughlin was running in top five all day long, running as high as second when he made a pit stop on lap 180. On the restart, Coughlin had a right rear tire go down and had to make unscheduled pit stop on lap 187, falling two laps down.

Coughlin and the Team JEGS crew didn't give up as they got back on the lead lap with 51 laps to go in the 400-lap event. He restarted seventh and raced his way up to fourth with 30 to go and held on to the top five finish.

"I really have to thank Kevin Hamlin (team manager), Nick Easton (Crew Chief), Scott Wimmer (Spotter), and Dave Holt (crew member) for their hard work this weekend.  We had a great car all weekend and we were a contender with their efforts in getting ready for this event."

This is the fourth straight race that Coughlin logged a top-five in his four events. His streak started with a big Super Late Model win on Labor Day in the Winchester 100 and two fourth place finishes in the ARCA Racing Series at Kentucky Speedway and Kansas Speedway.

Coughlin had a lot of support from family and friends in today's race.  His parents, John & Di, and sister, Kennedi, helped pass out JEGS Foundation Breast Cancer Awareness Month Souvenirs to families affected by the terrible disease.  Many fans also got an opportunity to get a free JEGS hat from Cody himself during the pre-race autograph session.

"I want to thank everyone for their love and support today. I was hoping to bring home a win, but we had a solid finish in this historic event.

"I really want to thank God for a safe race today.  The race had some big accidents and thankfully, everyone was able to walk away.  I am also thankful for the people he has brought in to help my racing career."