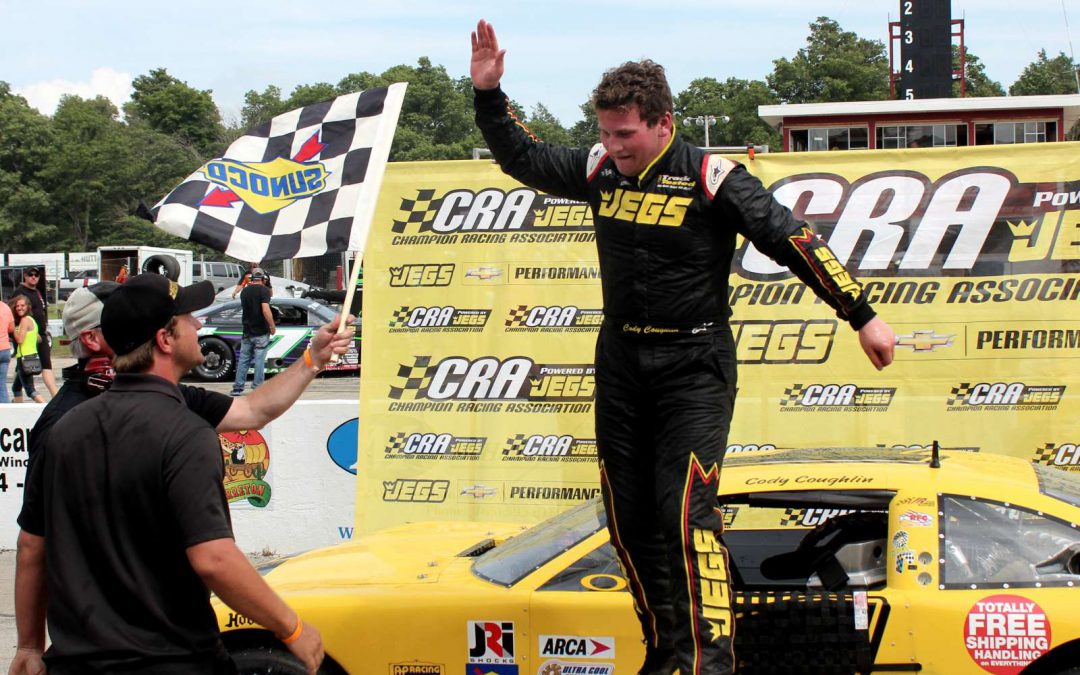 Cody Coughlin came into Monday’s Winchester 100 at Winchester Speedway in Indiana looking to make a statement.  The statement he made was heard by all.

The 18 year-old dominated the ARCA / CRA Super Series race at one of the nation’s toughest tracks by leading all 100 laps to capture his first Super Late Model triumph.

The Joe Gibbs Racing Development driver started on the outside of the front row in his Toyota Camry and was hardly challenged all day around the high-banked oval.

“My spotter Scott Wimmer and my crew chief Nick Easton did a great job on the radio today.   Kevin Hamlin gave me a great set of tires and Dave Holt has helped me so much.  I just can’t thank my crew enough.”

Coughlin was joined in victory lane by his parents, John & Di, while his sister Kennedi cheered him on to victory with her friends.

“This is unbelievable.  It is great to have my family here.  I really appreciate their love and support.  This is awesome!”

Coughlin crossed the finish line in front of a cheering crowd after holding off Rick Turner on several restarts.  Turner would stay close to the number-one Super Late Model in the early going, but Coughlin held a half straightway lead over the rest of the field during the latter stages of the race.

He celebrated by giving the fans a great burnout on the frontstretch.

His previous best finish in a Super Late Model came back on August 2nd at Columbus Motor Speedway in Ohio where he finished second.

This race served as a great tune-up for the Winchester 400 on October 12th at the famed half-mile oval.