Cody Coughlin Eager to Return to New Smyrna This Weekend 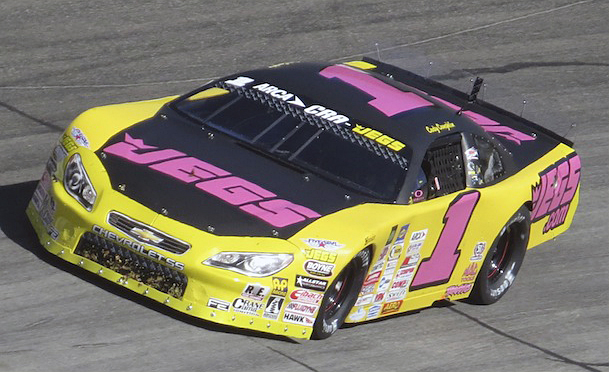 Cody Coughlin is returning to the place where he kicked off his memorable season this weekend. Coughlin and his Team JEGS crew will be heading back to New Smyrna Speedway in Florida to compete in the 48th Annual JEGS Florida Governors Cup Weekend.

“We are excited to be heading back to New Smyrna this weekend. We had a lot of success back in February,” Coughlin said. “Back in February we competed in the World Series of Asphalt Stock Car Racing and we kicked it off by getting our first win on the opening night with our Pro Late Model. This was a great way to start off our successful season. Now we are returning as a champion.”

Coughlin scored the one win, but also backed that up with four top-five finishes in six nights of racing back in February.

“I am really looking forward to racing the Super Late Model around the high banks of New Smyrna,” Coughlin said. “New Smyrna Speedway is another fast half-mile track where things happen quickly. As a team, we have grown all year round and now we are peaking for the end of year events. We hope to have a lot of fun and success over the next few weeks.”

Prior to getting ready for this weekend’s racing action, Cody Coughlin is doing what most champions do by going to Disney World.

“I am very blessed to have a close family that includes my parents, John & Di, and my sister Kennedi,” Coughlin said. “This was a chance for the four of us to get away and just have fun as a family and have some memorable experiences together.

“God has blessed us all with the success we have had this year that words cannot express how thankful I am for his love and gifts. I really could not have done it without his love.”