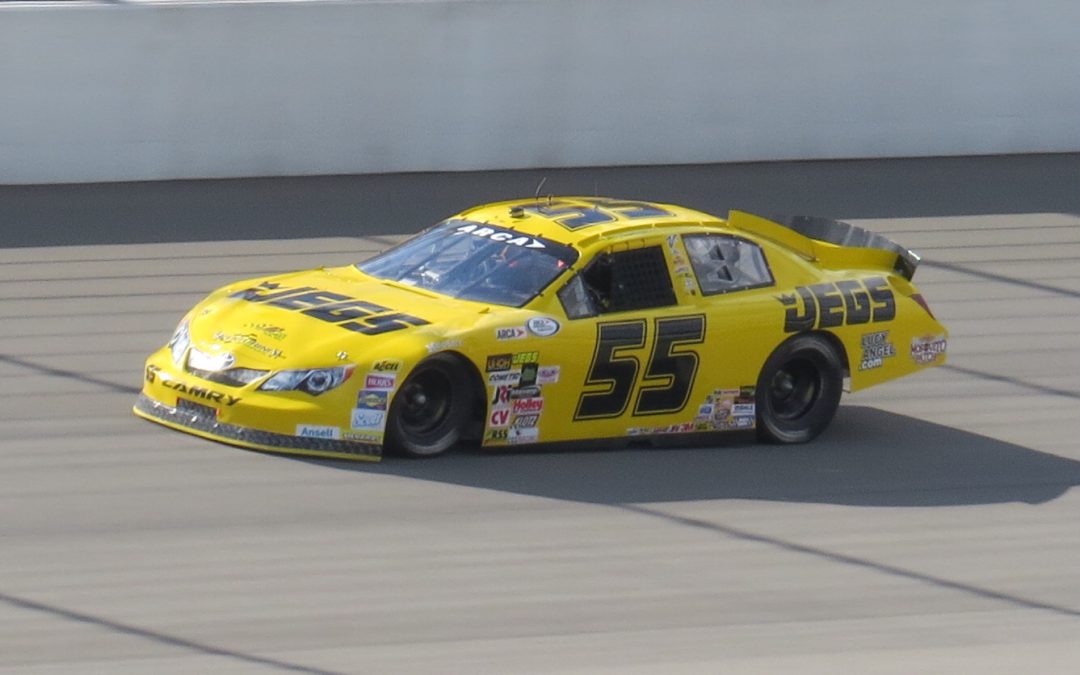 Cody Coughlin battled a loose racecar, but held on to a 13th-place finish in his first race at Michigan International Speedway in Brooklyn, Michigan.  It was his second superspeedway start and fifth overall in the ARCA Racing Series presented by Menards.

The Joe Gibbs Racing Development driver piloted the Venturini Motorsports prepared No. 55 JEGS Toyota to the finish after starting sixth.

“It was a tough day as we battled a loose car all day long,” Coughlin said after the race.  “My crew chief, Jeff McClure, tried to help tighten the car up all race long.  We came out of here with all four fenders on the car and we will get them next time.”

Coughlin started off the day by qualifying sixth in the morning qualifying session.  He ran in the top 10 throughout most of the race.  A long green flag run partnered with a loose car had Coughlin battling around the 10th to 13th position all day.

Throughout the race, he was battling with veteran driver Ken Schrader for position.

“My goal was to qualify in the top 10 in my first race at Michigan and we accomplished that goal,” Coughlin said.  “We are getting our program together piece by piece to where we look for stronger finishes down the road.”

Cody had big support from his parents, John and Di, at the track today along with Team JEGS manager Kevin Hamlin and his spotter Scott Wimmer.

“My parents are great supporters and I appreciate everything they do for me,” Coughlin said.  “I also have to thank my sister Kennedi for being my #1 cheerleader.

In five starts in his inaugural year in ARCA Racing competition, Cody has three top-10 finishes.  His next ARCA Racing series start is scheduled for July 5th at the high-banked Winchester Speedway in Winchester, Indiana.