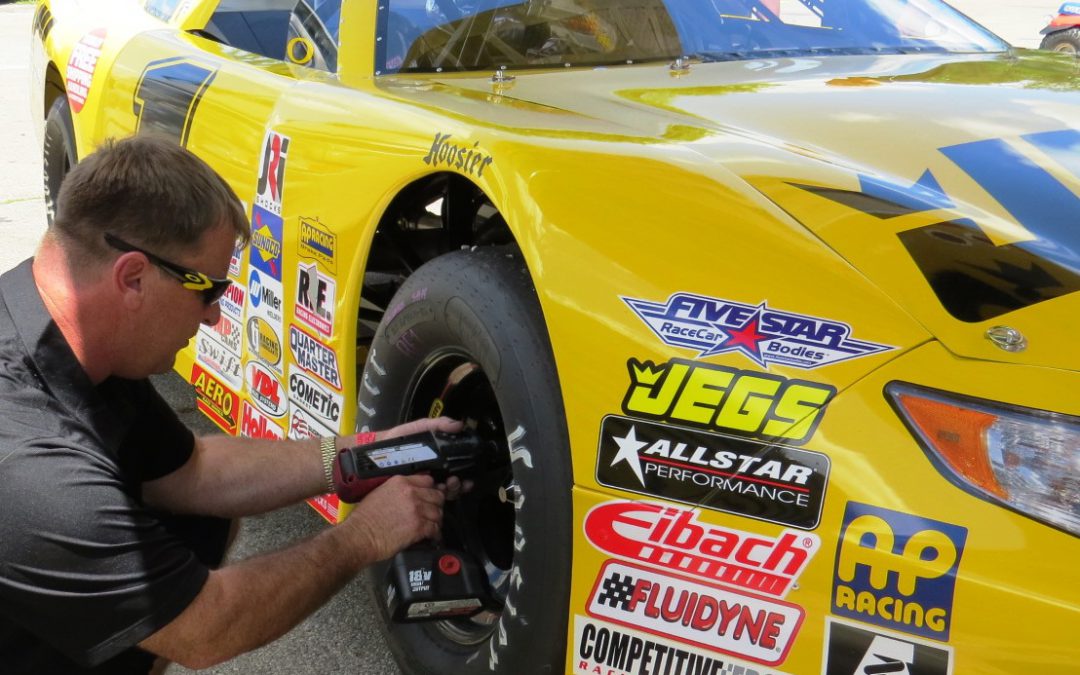 Cody Coughlin and the Team JEGS crew made a return to the JEGS/CRA All-Stars Tour competition his past Saturday night (June 24th) at nearby Columbus Motor Speedway in Columbus, Ohio.  The Delaware, Ohio native came home to a fourth place finish in front of many family, friends and JEGS employees.

It was also the first time this year that the defending JEGS/CRA All-Stars Tour returned to the series.

“It was fun to get back behind the wheel and race with the series again,” Coughlin said.   “I feel like we had the best car there and we gave the crowd a good show.  If we had a few more laps, we probably would have been in victory lane.”

The Joe Gibbs Racing Development driver did have a strong car in practice and during the race, but dealt with a loose car in qualifying that relegated him to starting 16th in the 100-lap event.

“The car was way too loose in qualifying, but the track is known to get tighter throughout the evening,” Coughlin explained.  “The track conditions did change in our favor and we were faster.  We ran very well in the race and were passing cars on the outside, which is rare at Columbus.”

While Coughlin was hoping for a hometown win, he was pleased with his top-five finish in his return to a JEGS/CRA All-Stars Tour event.

“It was great to come in and race in front of my family, friends and JEGS employees.  We really appreciate the support from all of them.

“I really have to thank my parents John & Di and my sister Kennedi for cheering me on Saturday night.  We had tough hill to climb and we came through with a solid finish.”

“I also have to thank God for a safe race.  He has truly blessed me with great opportunities this year and I am excited for what’s coming up next.”

Coughlin’s next race will be on Saturday, June 7th as he returns to his No. 55 JEGS Toyota with Venturini Motorsports in the ARCA Racing Series presented by Menards at Pocono Raceway in Long Pond, PA.