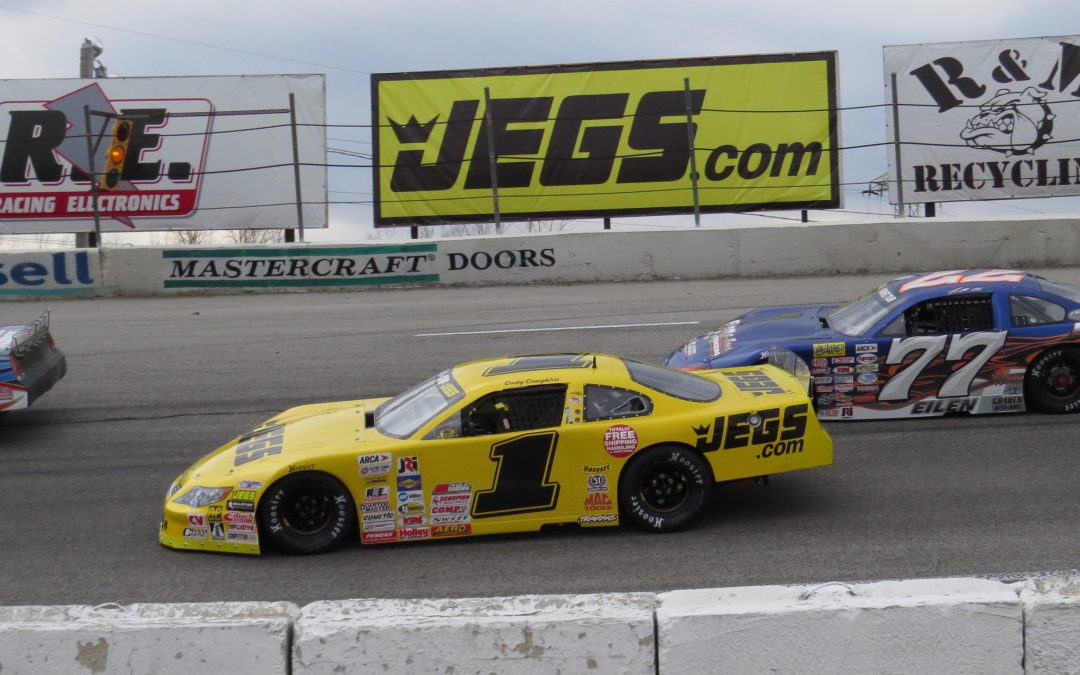 Cody Coughlin came home with a strong top ten finish in the 7-Up 150 Border Wars race at Toledo Speedway.  The Joe Gibbs Development driver finished seventh in an event that featured the best of the ARCA/CRA Super Series and the ARCA Midwest Tour.

The 18-year-old from Delaware, Ohio started 17th and paced his way up to the top ten throughout the 150-lap event on the famous half-mile oval.

“The team did a great job of making the adjustments at the break,” Coughlin said after the race.  “After starting 17th, it feels really good to come out of here with a single digit finish.”

It is the third time that Coughlin tied his best finish in an ARCA/CRA Super Series event.

“We always want to improve, but unlike a lot of races, there are 30 really good cars here and to finish seventh among those is really special,” Coughlin said. “We will keep going at it. We will get a top-five car, then a top-three car and get some wins.”

Earlier in the day, Coughlin qualified 17th out of 41 of the best Midwest drivers that tried to qualify for the event. The top 20 were locked into the field.

Coughlin applauds his team for their efforts this weekend.

“To come to this race with the tough competition and be really competitive says a lot about this team.”

He is also thankful to his family, his mother Di, father John, and sister Kennedi for their support.

He also thanks God for a safe race today and is thankful for the opportunities he is given throughout his racing career.

Coughlin’s next start will be on Sunday, April 27th where he will make his second start in the ARCA Racing Series presented by Menards at Salem Speedway in Salem, Indiana driving the No. 55 JEGS.com Toyota prepared by Venturini Motorsports.

“I am real excited to be going back to Salem Speedway, we won last year with our JEGS/CRA All-Stars Tour car,” Coughlin said.  “But ARCA is a different animal and we are going to try to get it dialed in and see if we can get a top-five finish or another win at Salem.”

This will be his second of 12 scheduled starts in the ARCA Racing Series with Venturini Motorsports under the supervision of Joe Gibbs Racing this year.