Cody Coughlin Gets Ready for a Busy and Exciting Week 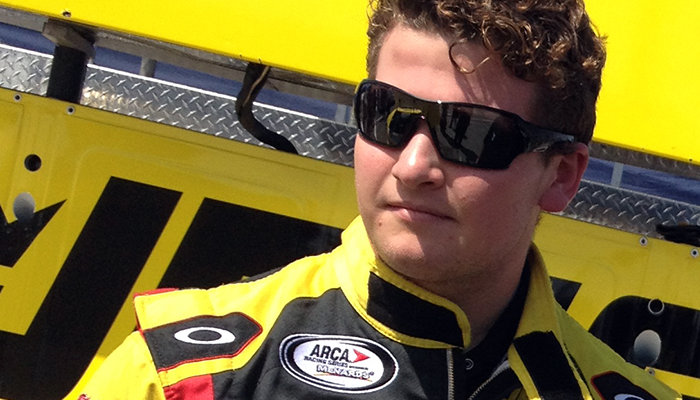 Cody Coughlin had no case of the Monday blues when he looked at the schedule ahead of him for this week.  The 18-year-old will be behind the wheel of a racecar four of the next five days.

On Tuesday, the Delaware, Ohio driver will head to Salem (IN) Speedway to test his Venturini Motorsports No. 55 ARCA Racing Series car for the upcoming event on Sunday, April 27th.

“I cannot wait to get behind the ARCA car at Salem.  I am real excited to get back to Salem Speedway where we had success last year,” Coughlin exclaimed.  “I learned a lot from our first ARCA race at Mobile and have been eager to get back behind the wheel.”

The Joe Gibbs Racing development driver felt that his first ARCA race proved that he is part of a very competitive team and can be a contender in other events this year. He did work his way up to the top five and was the second highest finisher within the Venturini Motorsports team that brought four cars to the event.

“I think we ran really well at Mobile and I had a lot of fun.  We got caught up in a couple of incidents, but I think we showed everyone that we are for real,” Coughlin said.  “With our next race at Salem I think we will be more prepared because I now have some experience driving the car and actually being in a race with it, along with knowing the track.  I don’t think the learning curve will be as tough as it was in Mobile for me.”

Coughlin has seen success at Salem.  His last visit to the high-banked half-mile was last summer when he won the JEGS/CRA All-Stars Tour event, en route to winning the championship.

On Thursday, he will head to Toledo (OH) Speedway and hop in his Super Late Model to prepare for this weekend’s 7-Up 150 Border Wars event.  This unique event will feature the best of the ARCA/CRA Super Series and the ARCA Midwest Tour.

“I have been to Toledo many times as a spectator but only raced there once and unfortunately that only lasted a half of a lap,” Coughlin recalled.  “I am eager to get back there and race with some of the best Midwest drivers this weekend.  I think the race will be a lot of fun and I feel our team is ready to go out and get at least a top-10 to a top-five finish.

“The event is going to be a fun one and not only am I looking forward to racing against the best drivers, but also have a chance to race in front of the fans in my home state.  Plus, we are going to race at Toledo later this year in the ARCA car, so the on-track time will be helpful in preparation for that event.  We will work on getting dialed in for the race and hopefully have some luck on our side for a good day.”

Coughlin will be back with his championship crew for the Toledo event this Friday and Saturday.

Also supporting Coughlin this week will be his parents John & Di and his sister Kennedi, who is his biggest cheerleader.

“I am very blessed to have a family and teams to help me this season as we race in two different series,” Coughlin said.  “God really blessed me throughout my young racing career so far and I cannot wait to see what will happen next.  The big thing is that I am having fun and being successful at the same time.”

The 7-Up 150 Border Wars at Toledo Speedway will get underway on Saturday, April 12th at 3pm EST.