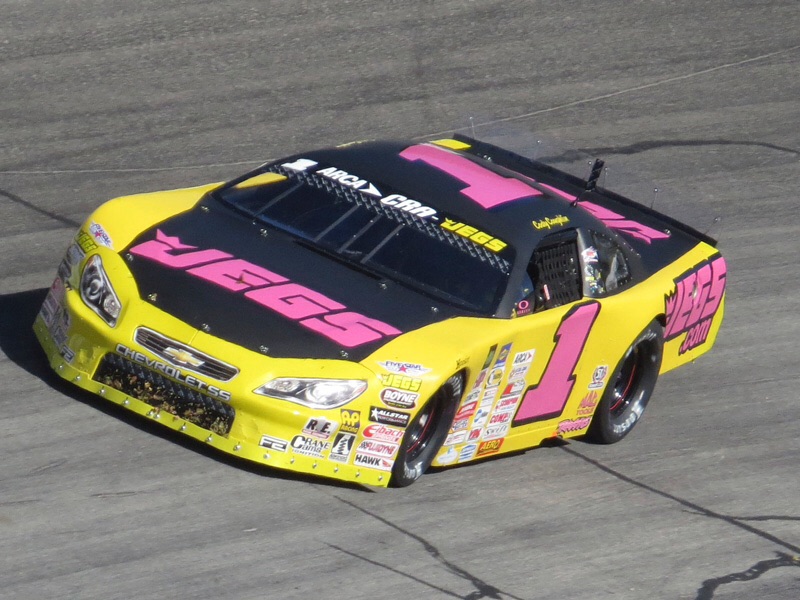 Cody Coughlin returns behind the wheel of his No. 1 JEGS Toyota Camry Super Late Model this weekend for the 43rd Annual Winchester 400 at Indiana’s Winchester Speedway on Sunday afternoon.

The Joe Gibbs Racing Development driver will make his visit to the famous high-banked half-mile oval with a lot of momentum, especially after winning the ARCA/CRA Super Series powered by JEGS 100-lap event there on Labor Day.

“I am extremely optimistic coming into this weekend,” Coughlin said.  “Winchester is one of my favorite short tracks, especially after we won there earlier this year.  I expect good speed out of the JEGS Breast Cancer Awareness Toyota.”

The momentum he is going back to Winchester with is not just from that victory, but along with two fourth place finishes in his last two ARCA Racing Series starts.

“Those finishes give me a lot of confidence, even though they were in a different type of car and on bigger tracks,” Coughlin explained.  “Those races were a new challenge for me and we did well to where it will help me behind the wheel for 400 laps on Sunday.”

This will be Coughlin’s second start in the Winchester 400.  Last year, in his debut, he finished seventh after starting 13th.

“We have a solid crew and get along very well,” Coughlin said.  “We were well prepared back on Labor Day and we are going through the same preparation now for the Winchester 400.  I really appreciate their hard work leading up to the event.

Coughlin, his crew and his No. 1 Super Late Model will all be sporting the color pink at Winchester in honor of Breast Cancer Awareness Month along with the multi-colored ribbon for the JEGS Foundation, which raises awareness and supports research for the eradication of all forms of cancer.

An annual tradition during the Winchester 400 weekend is everyone with Team JEGS will be passing out pink Cody Coughlin/JEGS items for all families and survivors who have been touched by breast cancer.

"I know that all of my crew and I are looking forward to showing off our pink colors at Winchester,” Coughlin said.  “Supporting those battling cancer and honoring those who had battled in the past means a lot to all of us.  Hopefully we can raise even more support for the fight against cancer by putting our car in victory lane this Sunday.”

“Our family really enjoys the atmosphere around Winchester, especially during the 400 weekend and we all can’t wait to be there this weekend,” Coughlin said.  “My parents have done a lot to help me with my racing career and I cannot thank them enough.

“I also have to thank God for how everything has gone this season.  He has blessed me with great opportunities.  We have one win so far and some good solid runs.  The experience gained has a lot to with the blessings he passed on to all of us.”

Coughlin will be on track on Friday for practice with qualifying scheduled for 5pm on Saturday afternoon.  The green flag will wave at 2pm Eastern on Sunday afternoon.

Speed51.com will have live updates all weekend long.