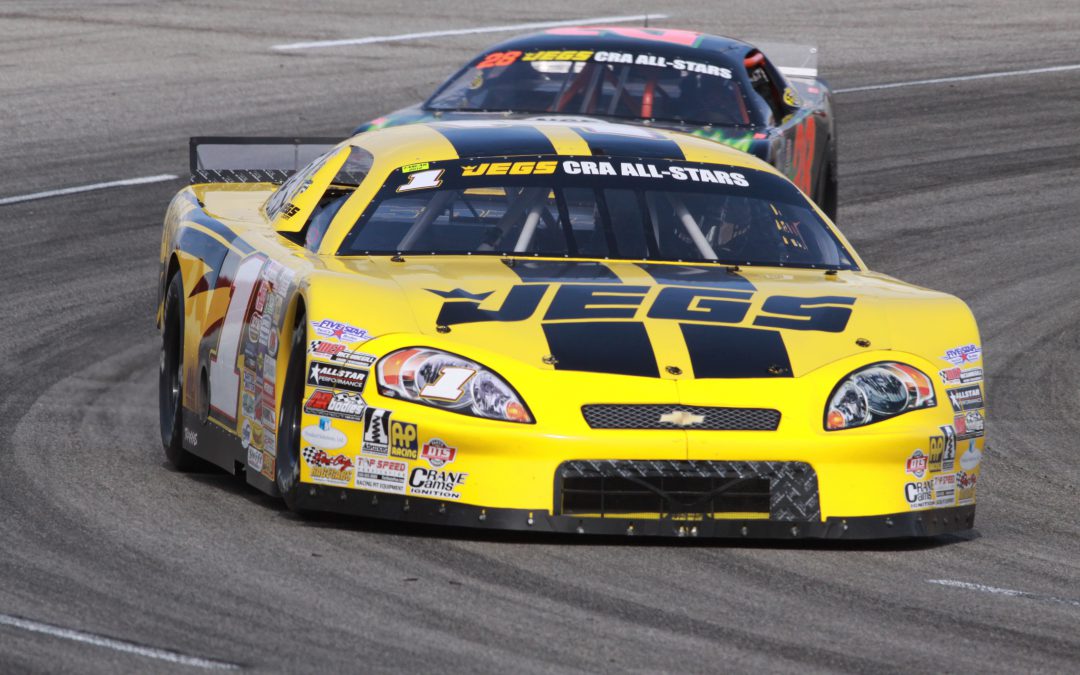 DELAWARE, Ohio (July 17) – While most 16-year-olds are enjoying summer vacation, Cody Coughlin will be hard at work driving his JEGS.com Pro Late Model Chevrolet this week, racing at two tracks and testing at a third.

"It's not your average summer vacation," Coughlin said. "But this is what I love, and I'm fortunate to have this chance to drive the JEGS car. The Lord has blessed me with a supportive family and the chance to do this, so we're going to go to work to try and get better."

Coughlin and the JEGS.com team kick off the week in the JEGS Pro Late Models 50 on Wednesday at Gresham Motorsports Park in Gresham, Ga.

He then will race in the JEGS/CRA All-Stars Tour on Friday at Anderson (Ind.) Speedway in the Anderson 100 presented by JEGS.

Finally, Coughlin and the team will test at the .686-mile Lucas Oil Raceway in Indianapolis on Saturday.

Coughlin raced at the half-mile Gresham track in April, finishing sixth after overcoming several issues during the 208-lap race.

"We finished sixth there, and that was a good run for us because there were a lot of good cars and drivers at that race," Coughlin said. "If we got a top-six that weekend, I don't see any reason why we can't get a top-five this race."

Coughlin has high hopes for Anderson, too, hoping to improve on a hard-fought 16th-place finish at the quarter-mile track in a JEGS/CRA All-Stars Tour race in 2011.

"We struggled there last year but we still finished the race and learned a lot," Coughlin said. "We've got a good setup for this weekend and we're going to go for top-five there as well."

Then, Coughlin and the team, led by manager Kevin Hamlin and crew chief Butch VanDoorn, will test at the famed Lucas Oil Raceway.

"It's a neat track," Coughlin said. "It's got a lot of straightaway and a lot of corners. It's not banked that high but you still run up high in the corners. I'm excited to go back there. It's neat because the Nationwide Series raced there and there's a lot of history there. It's a really nice facility."