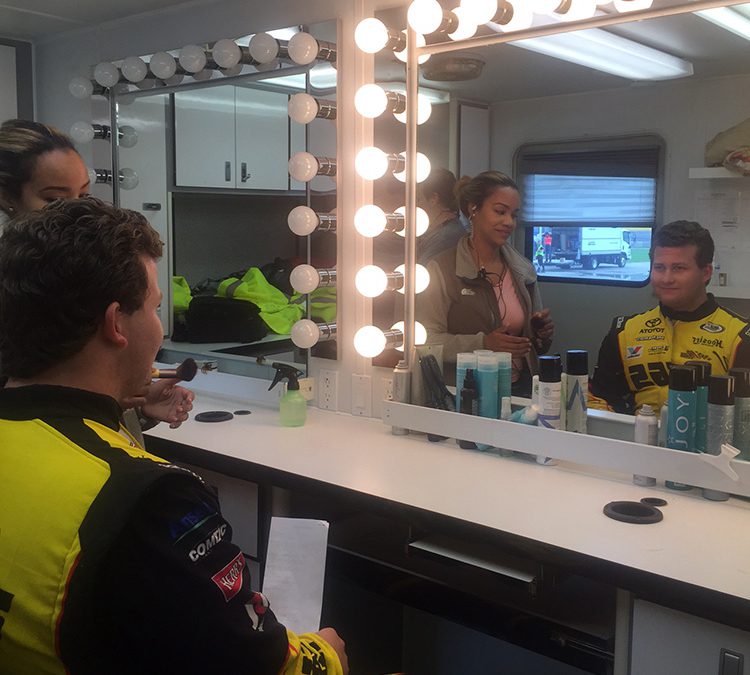 At just 20 years old Coughlin has been able to check off a lot of life goals.  Drive a race car? Check. Win a race? Check. Win a championship? Check. Appear in a movie? Coughlin can now check that one off too.

Coughlin will be making an appearance in the upcoming film “God Bless the Broken Road.”

The Delaware, Ohio native’s scenes were filmed at Michigan’s Berlin Raceway, the site of the Battle at Berlin 251 where Coughlin scored a top-five finish earlier this year.  Coughlin is the point leader in both of the Champion Racing Association’s Late Model Series in 2016 with a combined sixth victories.

Coughlin is also a Joe Gibbs Racing Development Driver and both JGR and sponsor Interstate Batteries are represented in the film.

“It was really cool being on set,” said Coughlin, who is the current ARCA/CRA Super Series & JEGS / CRA All-Stars Tour point leader.  “I’ve always dreamed of being in a movie, so to see it all in person was a really neat experience.”

Harold Cronk co-wrote and directed the film.  "God Bless the Broken Road" is faith-based and its plot will also have elements of stock car racing and military service.

“It’s cool to have a small part in something that incorporates two important elements of my life,” Coughlin said.  “Racing and faith are very important to me, and that makes my small role in this movie even cooler.”

The film is slated for a theatrical release in first quarter 2017.