Cody Coughlin is Ready for Double Duty This Weekend 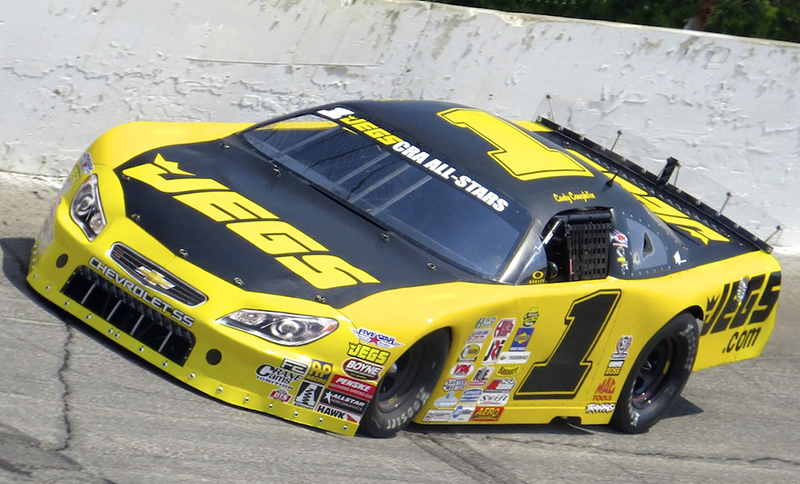 Since his victory on June 22 at Salem Speedway in Salem, Indiana, Cody Coughlin has been keeping busy away from the racetrack having fun yet getting ready for a long stretch run.

He will be back behind the wheel on Friday, June 19, as the current point leader in the CRA/JEGS All-Stars Tour will be looking to extend his point lead at Anderson Speedway in Anderson, Indiana.

He will also be making his first start in the CRA Super Series presented by JEGS, as he will qualify for the Redbud 300 the next day.

“We did some testing there with both cars and I feel we will be very competitive in both races,” Coughlin said. “Both cars have a good balance and I have an awesome team that is working very well together.”

Coughlin was hoping to make his Super Late Model debut at the World Crown 300 on July 4 at Gresham Motorsports Park in Jefferson, Georgia. But that event was rained out and rescheduled for August 10.

“The biggest difference I noticed between my CRA/JEGS All-Stars Tour Late Model and the Super Late Model is there is more torque coming off the corner,” Coughlin said. “You can feel the difference in horsepower but either way you still need to have a good setup and the car needs to feel good. I am ready to go 100 laps on Friday night and 300 laps on Saturday night.”

Coughlin’s confidence behind the wheel has been growing more and more this season. He credits his crew for a lot of the success.

“Our team got to know each other back in February during Speedweeks at New Smyrna Speedway where we had some success right away,” Coughlin said. “From there we kept getting better and better. We have some awesome momentum and it is getting stronger.  I always knew that we could win races and now we are starting to show it. Now we just need to keep winning and win the championship.

“I am very blessed that God has put us all together on this team.  We all have our God given talents and it is really cool to see how all of our talents can make this team successful.”

Not only is he getting the support from his crew but from his family and the entire Team JEGS.

“My parents (John & Di) are awesome and supportive in what we do, and my sister Kennedi is my biggest fan,” Coughlin said. “Everyone at JEGS is proud of what we have done so far and all I can say is just wait, it is going to be more fun this year.”