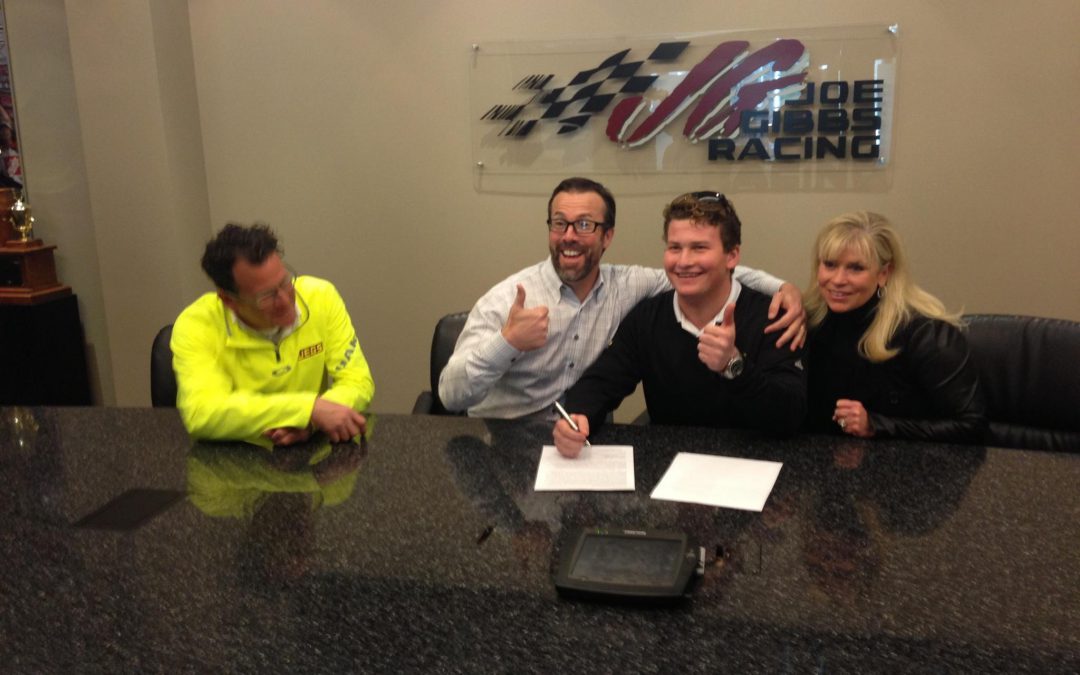 Will Drive No. 55 JEGS Toyota for Venturini Motorsports in ARCA Series

The Coughlin family is well known for their achievements in drag racing, with Team JEGS having collected a number of NHRA titles and championships. Cody Coughlin is the first in the family to make his mark in circle track racing however, and is now set for the next step in what has already been an impressive career. Coughlin captured the JEGS/CRA All-Star Tour Championship in 2013 and in 2011 he earned Howie Lettow Rookie of the Year honors.

Coughlin will work closely with JGR on all aspects of racing including competition as well as marketing and public relations. In addition to returning to drive in the JEGS/CRA All-Star Tour, Coughlin will drive a 12-race schedule for Venturini Motorsports under the supervision of JGR beginning March 22 at Mobile International Speedway.

“This is such an exciting day for me and my family,” said Coughlin. “My family and everyone at JEGS have always had such a tremendous passion for racing and it’s my hope to extend my family’s success in drag racing to the circle tracks. It’s hard to imagine finding a better organization to work with than Joe Gibbs Racing. They have a tremendous history of working with young drivers and giving them the best opportunity to be successful both on and off the track.”

Coughlin dabbled in drag racing when he was younger, but fell in love with NASCAR as a young child and made the decision to focus on circle track racing.  In addition to the support of his father, John, as well as his mother Di and sister Kennedi, Cody has the support of all the associates at JEGS.

“We are excited to have the opportunity to work with Cody,” said J.D. Gibbs, president of Joe Gibbs Racing. “We are always interested in working with young talent and the future stars of our sport and Cody has certainly proven himself at each level of competition he has entered into. We are fortunate to have a great relationship with the Venturini’s and we think racing with them in the ARCA Series is a great next step in his development.”

Coughlin’s 2014 ARCA schedule with the No. 55 JEGS Toyota will be as follows:

"It's an honor to be working with the JEGS brand and Cody Coughlin,” said Billy Venturini, general manager of Venturini Motorsports.  “They're a family with a rich tradition in racing; something we also pride ourselves on at Venturini Motorsports. And we are very proud that Joe Gibbs Racing has such faith in our team to let us work with them in developing one of their up and coming driver prospects."