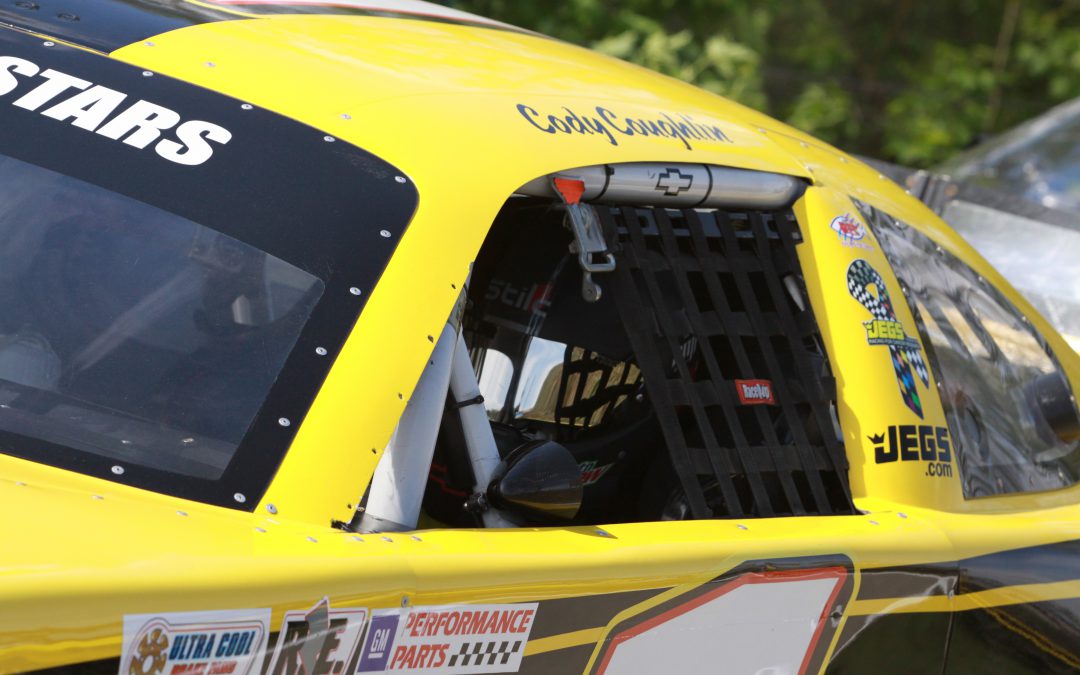 INDIANAPOLIS (July 25) – The Coughlin Family has been synonymous with success at Lucas Oil Raceway at Indianapolis, with Jeg Coughlin Jr. winning the U.S. Nationals there three times.

Now, 16-year-old Cody Coughlin hopes to add to that success – albeit on a different race track. Coughlin will race his JEGS.com Chevrolet in the Indy 100 presented by JEGS.com JEGS/CRA All-Stars Tour race on Thursday night as part of SpeedFest 2012 at the famed track.

"My family's had a lot of success at the drag strip just several yards next to where we'll be racing," Coughlin said. "It'd be neat to do well there. Obviously, it's a different type of race and not as huge as the U.S. Nationals. But to win on the same grounds would be pretty significant to my family and to myself.

"Maybe the drag-racing legacy of the Coughlin family will continue a little bit at Indy – in a different way."

Coughlin is coming off a top-five finish in the most recent JEGS/CRA All-Stars race, last weekend in Anderson, Ind. He's hoping to carry that momentum into victory lane at the .686-mile short track Thursday.

"Any win is good, in my opinion," Coughlin said. "If we can get it there, it would be great there as well, I can tell you that much."

Coughlin's No. 1 JEGS.com Chevrolet team has been bolstered by the addition of team manager Kevin Hamlin, spotter Scott Wimmer and driver coach Bubba Pollard in the last month. Coughlin and the team have responded with a seventh-place finish at Gresham Motorsports Park last Wednesday, followed by the fifth-place finish at Anderson.

"Everybody is working together better," Coughlin said. "When you get the ball rolling with a good top-five finish like we did, that makes everybody's attitude that much better. They're happy and excited, and I am, too. I'm looking forward to going to work with them all."

With their guidance and leadership, and the continued help of crew chief Butch VanDoorn, Coughlin looks to continue his recent improvement.

"Kevin has brought a lot of maturity and leadership to the team, and I'm very proud of him for that," Coughlin said. "He's got great experience behind him from the NASCAR world. Scott has helped me a bunch, too, as far as staying out of trouble on the race track and finding me good holes.

"One of the biggest things, in addition to Butch, has been Bubba. He's helped me immensely on my driving. I noticed it the first time he ever worked with me. That's a huge thing, and I'm really looking forward to working with him some more."

Coughlin started sixth and finished eighth at Indy last year in a JEGS/CRA All-Stars Tour race, fighting with an ill-handling car throughout the 100-lap event.

"I couldn't race without the gracious support of my family, especially my mom and dad," Coughlin said. "They do so much for me, and I'm blessed to have them on my side. Plus, my sister Kennedi is my biggest fan, and I know she'll be cheering for me no matter what. God has done so much for us, and I'm thankful for everything he's done."