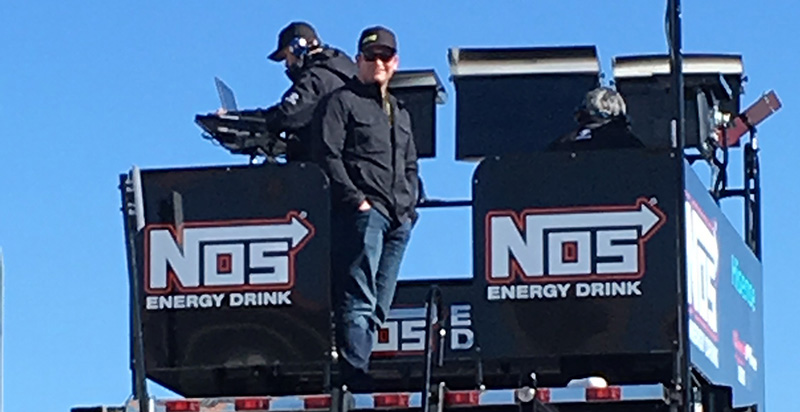 Last weekend the Kyle Busch Motorsports team went to the Atlanta Motor Speedway in Hampton, Georgia for the second race of the NASCAR Camping World Truck Series season, and Cody Coughlin was there with them, along for the ride.

Even though the 20-year-old driver wasn’t behind the wheel for KBM in Atlanta, Coughlin watched, listened and learned as much as he possibly could throughout the weekend.

While the Delaware, Ohio native is looking forward to his next race, Coughlin said this was a unique opportunity for him as he got to experience a race weekend in a very different way than what he’s used to.

“It’s always good to get a different perspective on what goes on,” said Coughlin.  “I think the team had good morale and we’re all ready for the season to really get into full swing.”

Coughlin also observed from atop the hauler during practice with the KBM crew chiefs to hear and see what practice is like from outside of the truck.

“I really enjoyed seeing the team at work from outside the truck,” he said.  “It makes me hungry to go out and succeed soon for them.  I’m really thankful that I got the chance to experience things from this side and see what kind of effort my team puts in for me.  I’m really glad Kyle Busch Motorsports, and my parents, Di and John, gave me this opportunity in addition to the many great opportunities that are still to come.”

Everything that Coughlin experienced should further his learning curve as he gets ready for his next race with Kyle Busch Motorsports in the Toyota Tundra 250 at the Kansas Speedway on May 6.