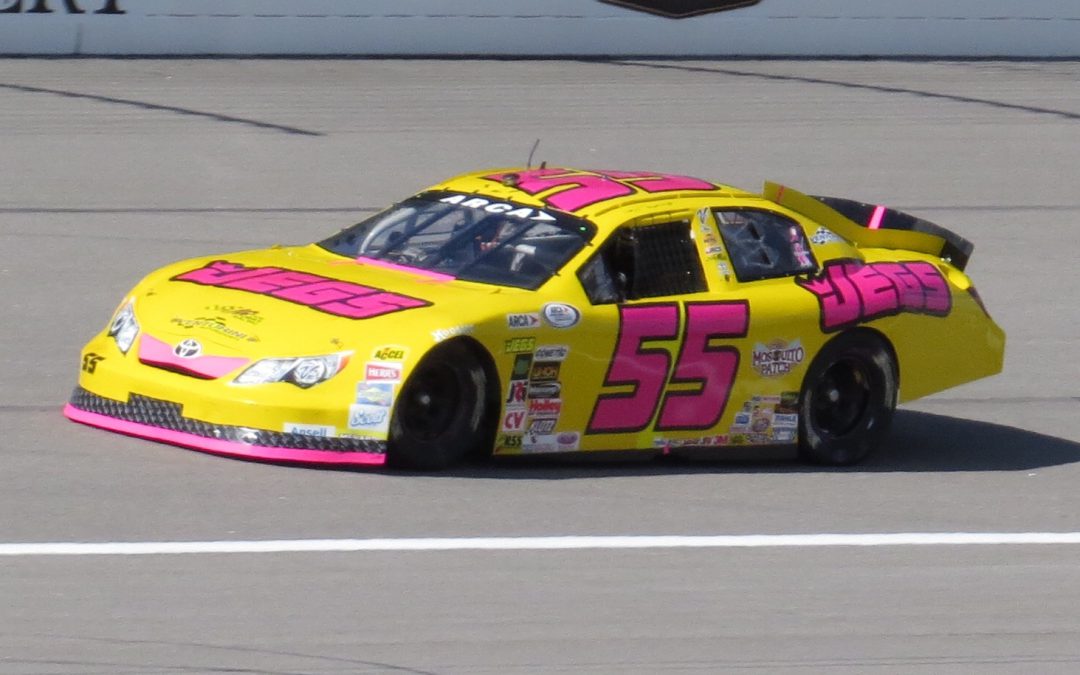 Cody Coughlin and his Venturini Motorsports crew ended their 2014 ARCA Racing Series on a high note with their second consecutive fourth place finish in the ARCA 98.9 at Kansas Speedway in Kansas City, Kansas driving the No. 55 JEGS Toyota Camry.

The Joe Gibbs Racing Development driver and the team came over adversity earlier in the day when his right front tire blew in turn four sending him to the wall.  The damage was enough to bring out the back up car.

In the race, he was running in the top ten when he went a lap down during a long green flag run.  But, they got the lucky dog later on in the race after crew chief Dave Leiner made the right adjustments to get Coughlin into the top five for the final restart with two laps to go.

Coughlin battled hard in those final two laps to match his best finish of his career in ARCA Racing Series competition.

“I don’t think we were a fourth place car at the beginning of the race, but we made awesome adjustments in the pits and I had to get up on the wheel on the last restart to get us a few spots,” Coughlin said after the race.  “Overall I am pleased to end my season in the ARCA Racing Series with another top five finish in the JEGS.com Toyota.  We finished in the top five at all of the 1.5-mile ovals and that is a cool stat.”

Coughlin drove hard on the final restart to be the top-finishing car among the Venturini Motorsports team.

“I knew John Wes Townley, Mason Mitchell, and the others were fast all night and I didn’t know what to expect,” Coughlin said.  “We were able to pack some air on their spoilers on the top groove there to hold them down.  We got around them and stayed there for the fourth place finish.”

Along with the support from Joe Gibbs Racing and Venturini Motorsports, Coughlin also had great help from this Team JEGS team that included Team Manager Kevin Hamlin, Spotter Scott Wimmer and Dave Holt.

Cody’s parents, John & Di Coughlin, along with his sister Kennedi, cheered Cody to a strong finish after starting ninth on Friday night.

“I really have to thank everyone at Joe Gibbs Racing and Venturini Motorsports for their hard work in my first season in the ARCA Racing Series,” Coughlin said.   “I also am very grateful for the love and support from my family.  I cannot thank them enough for allowing me to live my dream.

“I also have to thank God for a safe race tonight.  There was a couple of scary wrecks out there and glad that everyone was able to walk away.  Very grateful for his blessings.”

Coughlin will now get ready to climb back in his Super Late Model for the Winchester 400 next Sunday, October 12 at Winchester Speedway in Winchester, Indiana.  Coughlin picked up a big win at the fast high-banked oval on Labor Day.