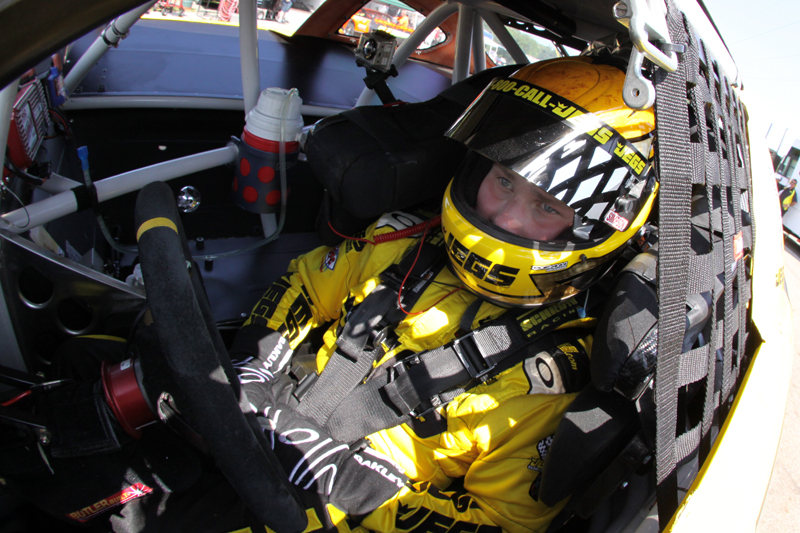 CLIO, Mich. (Aug. 17) — Reigning Rookie of the Year Cody Coughlin is only missing one thing this year, and it's not something you can fabricate on your own, purchase at JEGS.com or even conjure up in cyber space.

"The only thing we're lacking, and this has been the case all year long for some reason, is a little bit of racing luck," Coughlin said.

You can't touch it, smell it, see it or hear it, but every racer will tell you it exists. It seems you either have it or you don't at any given race, and Thursday night at the Brad 100 presented by JEGS at Auto City Speedway in central Michigan, Coughlin couldn't grab a hold of the illusive specter of luck no matter how hard he tried.

"A win is coming," team manager Kevin Hamlin said. "This kid has driven the wheels off the car and he deserves it. We just can't catch a break. But it'll all turn our way soon enough. It's racing."

The 16-year-old Coughlin ran strong in practice and was extra sharp in qualifying his #1 JEGS.com Chevrolet for the 12th JEGS/CRA All-Stars Tour event of the season. He started the main event on the third row, right in the thick of the battle. But just two laps into the 100-lap race, a car directly ahead of Coughlin spun-out on the tight, four-tenths mile track and Coughlin had no where to go.

"It was really tight racing at the start and I was on the bottom and another car was above me," Coughlin said. "He came down and I slid up a touch and we got together. It was no one's fault, just one of those things that happen in traffic."

Coughlin quickly headed for the pits where crew chief Butch VanDoorn and Hamlin were waiting.

"We banged out the sheet metal and sent him back out," Hamlin said. "He had to start at the back of the pack, which was unfortunate, but he stayed focused.

"Once the race started up again Cody drove like a pro. This track isn't set-up well for making passes and Turns 1 and 2 are like nothing we've seen before but Cody was patient and really made a race out of it. He passed a bunch of guys and ended up eighth. It was really impressive. Butch had the car set-up well and if that early incident didn't happen we would have been up front contending for the win, no doubt about it."

Showing poise, Coughlin gleaned some positives out of the night, although he admitted he wanted more from the race, which was completed under a green flag from Lap 2 forward.

"I got a bunch of experience passing cars and we had our second, long green-flag run in a row," he said. "Scott (Wimmer) and Bubba (Andrew Pollard) were spotting for me and gave me great lines all night. We did everything right and I think we could have been there at the end if we hadn't had some bad luck early.

"It's okay though, we're having fun and getting better, and I had my family with me as usual. Mom, Dad and Jelly (sister Kennedy) are my support system and the good Lord guides me every step of the way so we have nothing to complain about."

The JEGS.com team has two weekends off before the next JEGS/CRA All-Stars Tour event on Sept. 1 at Owosso Speedway in Michigan.