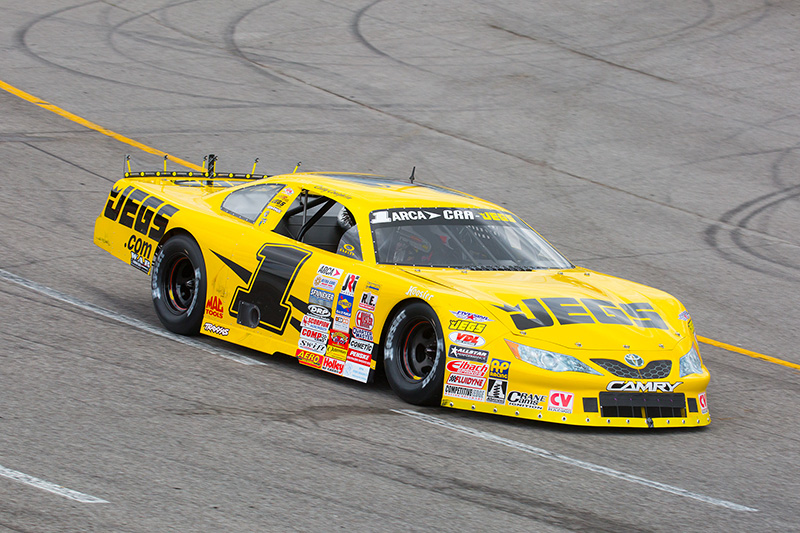 This will be Cody Coughlin’s third Super Late Model start of the 2016 season.

Coughlin is headed to one of his favorite race tracks, Toledo Speedway, which Cody considers one of his home-tracks.  The racing surface is a fast, high-banked half-mile in the Buckeye State, the same state that the Delaware, Ohio native calls home.

Coughlin’s last SLM start came at the North/South Super Late Model Challenge at the Fairgrounds Speedway Nashville in Tennessee just last weekend.  Coughlin finished fifth in the points-paying 50-lap event on Friday in Nashville and then raced to an eighth-place result in the 75-lap non-points Challenge race on Saturday.

Cody Coughlin is a 20-year-old development driver for Joe Gibbs Racing.  The Delaware, Ohio native will pilot the JEGS.com Super Late Model in approximately 11 more events this year across the Midwest and Southeast states.

“Toledo is one of my favorite race tracks,” said Coughlin, who is racing part-time for Kyle Busch Motorsports in the NASCAR Camping World Truck Series this year.  “It’s fast, and it’s challenging.  It’s everything you could want in a race track.”

Cody Coughlin’s Team JEGS crew will be led by new crew chief Jack Smith, who will be calling the shots for Coughlin for the second time. Smith is joined by Kevin Hamlin (team manager), Scott Wimmer (spotter), and Dave Holt (crew-member).

Toledo Speedway is a half-mile oval with 12-13 degrees of banking in the corners.  The track was paved in 1964 and used to hold what was considered to be the “Fastest Short Track Show in the World” when winged Sprint Cars and winged Supermodifieds would take to the track.

•      Finished sixth on the road course at New Jersey Motorsports Park in an ARCA Racing Series event in June.

•      He had a best finish of fourth, twice, at Kentucky Speedway and Kansas Speedway.

Get to Know Cody Coughlin