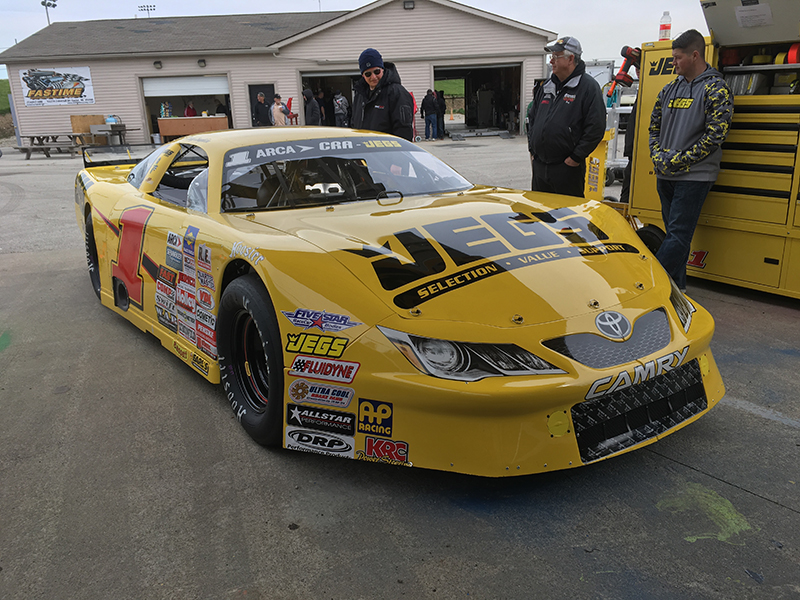 This is Coughlin’s first Super Late Model start of the season, and first since winning the ARCA/CRA Super Series and JEGS/CRA All-Stars Tour championshipsThe Ohio native was the first driver in history to capture both championships in a single season.

The high-banked Toledo Speedway fits right in line with Coughlin's driving style.  The half-mile oval is fast and it’s banked, and the Joe Gibbs Racing Development Driver loves both of those aspects.  In fact, 21 year-old is the defending winner of this event. He dominated the 100-lap race last spring en route to his first career ARCA/CRA Super Series championship.

Cody Coughlin had a career-best finish in his sights at Martinsville Speedway in the Alpha Energy Solutions 200 for the NASCAR Camping World Truck Series before another driver took him out in the final corner.  Coughlin drives the No. 13 JEGS.com / RIDE TV Toyota Tundra in the NCWTS.

Toledo Speedway is a half-mile oval with 12-13 degrees of banking in the corners.  The track was paved in 1964 and used to hold what was considered to be the “Fastest Short Track Show in the World” when winged Sprint Cars and winged Supermodifieds would take to the track.

•      Scored a top five and a top 10 at Nashville in the North/South Super Late Model Challenge.

•      Won ARCA/CRA Super Series race at Anderson Speedway in May.

•      Coughlin finished sixth on the road course at New Jersey Motorsports Park in an ARCA Racing Series event in June.

•      He ran eight ARCA/CRA Super Series Super Late Model races, with a best finish of second coming at the prestigious Winchester 400 in October.

•      He had a best finish of fourth, twice, at Kentucky Speed and Kansas Speedway.