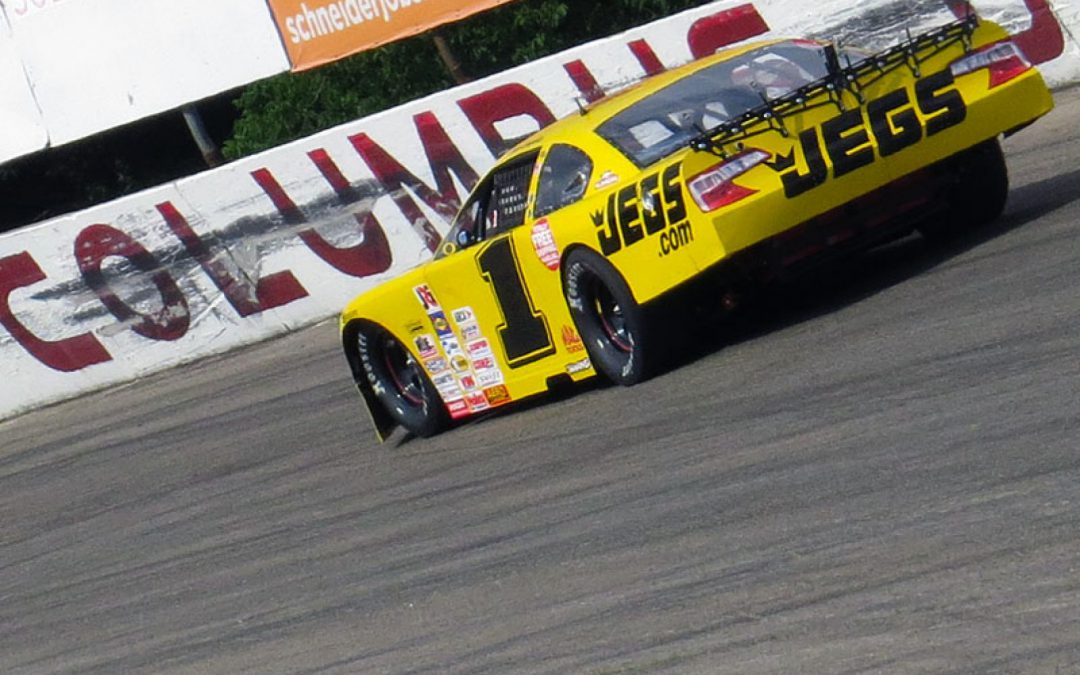 Coughlin heads to his home track of Columbus Motor Speedway for the final time on Saturday night.  The Memorial 100 is a 100-lap Pro Late Model race, and it is the last chance Coughlin will have to score a win at Columbus as the track is closing at the end of this season.

Cody Coughlin finished third in his last JEGS/CRA All-Stars Tour race.  That race was a 125-lap event at Ohio’s Spitzer Motor Speedway that saw him rally back from a mid-race spin to score a podium finish.  The last scheduled JEGS/CRA All-Stars Tour race was supposed to be held last Saturday night, but it was canceled due to rain.  The Joe Gibbs Racing Development Driver has two series wins in 2016 and five overall in Late Model competition this season.

Columbus Motor Speedway has had a major impact on Cody Coughlin’s career.  Cody branched out from his drag racing-based family to begin his oval track career at CMS on its quarter-midget track.  Now, he competes at the facility in Late Models as he continues his ascension into the big leagues of NASCAR.  The facility is also just a hop, skip and a jump from the JEGS World Headquarters.

The track is a 1/3-mile oval just outside of Columbus, Ohio.  The race track is in its 69th and final year of operation.  It was announced at the start of 2016 that the track would be ceasing operations at the end of the 2016 season.

Scored seven top fives and nine top-10’s and two poles in addition to the two victories in JEGS/CRA All-Stars Tour competition in 2013.

Won the 2011 Howe Lettow Memorial Rookie of the Year Award for the JEGS All-Stars Tour.